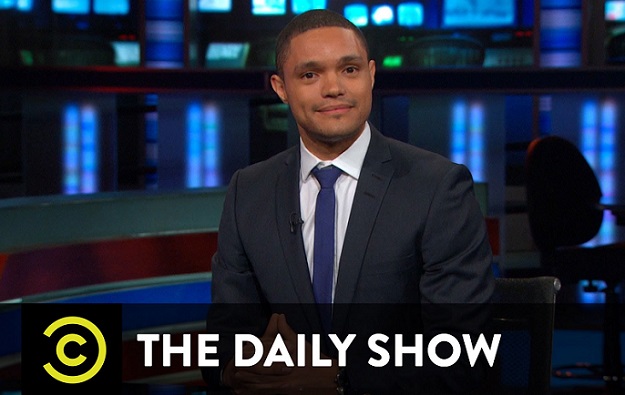 Comedy Central’s nighttime lineup is in the midst of a transformation. First Stephen Colbert left for the bright lights of CBS, and now Jon Stewart, longtime host of The Daily Show, will officially sign off the air on August 6 after an impressive 16 seasons run.

Replacing Stewart as host of The Daily Show — Comedy Central’s most popular program by far — is South African comedian Trevor Noah. In the wake of Noah’s hiring, Comedy Central president Michele Ganeless said that the cable channel opted for Noah out of a desire “to find someone who brings something really exciting and new and different.”

With Noah set to take over for Stewart in September, the groundwork is already being set for a slightly altered The Daily Show experience. While the overarching premise of the show will remain unchanged, Noah will not surprisingly put his own twist on things.

As originally relayed by Entertainment Weekly, Noah spoke at the Television Critics Association’s press tour this past Wednesday and detailed the types of changes fans of the show can expect to see.

For starters, viewers can expect to see a less of a focus on all things Fox News.

“The Daily Show was based on an emerging 24 hour news cycle, that’s everything it was,” Noah explained. “That’s what inspired The Daily Show. Now you look at news and it’s changed. It’s no longer predicated around 24 hour news. There are so many different choices. Half of it is online now. Now you’ve got the Gawkers, the BuzzFeeds. The way people are drawing their news is soundbites and headlines and click-bait links has changed everything. The biggest challenge is going to be an exciting one I’m sure is how are we going to bring all of that together looking at it from a bigger lens as opposed to just going after one source—which was historically Fox News.”

Noah also stressed that the new show will try and look at things from different angles, which is to be expected given that Noah and Stewart come from completely different backgrounds, a fact not lost on Noah.

“I’m taking things in a slightly different direction, but to the same endpoint,” Noah said. “The way we look at the same story will be completely different. We have different access to different jokes, different sides, different sensitivities … the most important thing is the place that you come from.”

It’ll certainly be interesting to see how the new changes pan out. Hopefully, Noah can keep the laughs coming as steadily as Stewart managed to do for years on end.