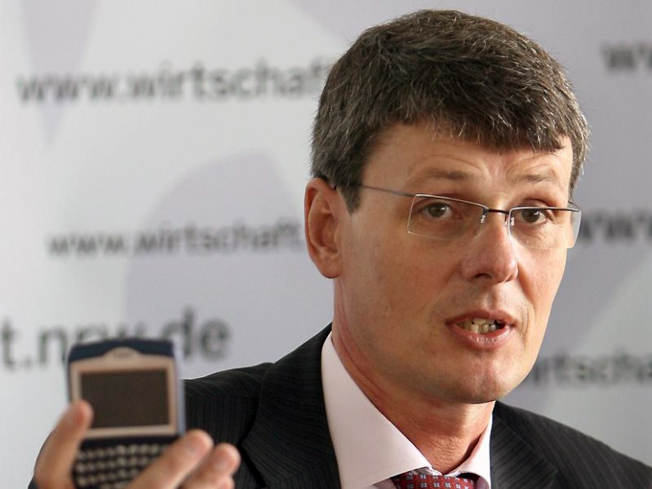 Research in Motion (RIMM) CEO Thorsten Heins seems to have gone on a public relations binge ever since announcing the BlackBerry 10 launch event in January. The chief executive previously expressed his confidence in the company’s upcoming operating system, claiming it will be a hit with consumers and could even eliminate the need for a laptop computer. Heins’ confidence has reflected positively on shares of RIM with some analysts even moving to increase their price targets on the struggling company’s stock. He isn’t done talking yet, however. The executive revealed in an interview with Wired additional details about RIM’s recovery and his Steve Jobs inspired approach to leading a company.

Upon taking his role in the leadership position, Heins has attempted to make RIM a more nimble company with faster decision-making and less committees.

“We owned the mistakes we made. We took responsibility and changed stuff,” Heins said. “We looked at management structure and figured out they were way over-managed. We removed the unnecessary committees and management by consensus.”

“We needed to get our act together and get it right,” Heins continued.

If the executive wants something done he goes directly to the source and they do it. There is no need for a committee, a meeting or a discussion that would slow down the process. This method is similar to what Jobs did in his time at Apple (AAPL), Wired notes. Heins admits being only half way there, however, and revealed that his management progress is a work in progress.

The CEO also noted that while RIM isn’t turning its back on consumers, the company is far more interested in government and business contracts.

“That’s where I want to be number one. That doesn’t mean I’m giving up on smartphones and tablets. They’re an element of my future business model.” Heins said, adding that RIM’s BlackBerry 10 enterprise network has already has been certified for use by U.S. and Canadian government officials. “I don’t define myself as I want to be number one in the smartphone segment, we built this platform because I want to be a clear innovation leader in the mobile computing domain,” he said.