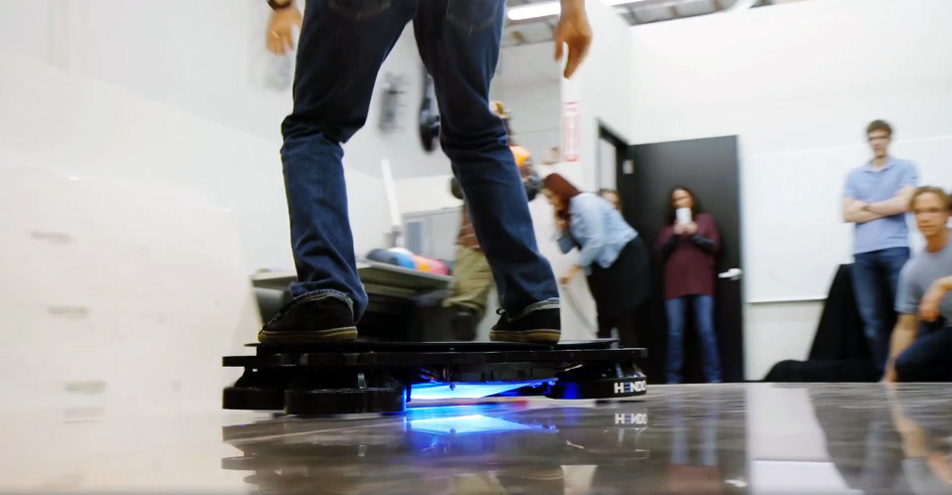 2014 might have seemed a bit boring if you weren’t paying attention, but it was actually a pretty busy year for scientists and inventors. Think about it… skating legend Tony Hawk actually rode a real-life hoverboard. If that were the only crazy invention of 2014 it would still have been a pretty awesome year, but there are plenty of other fantastic inventions that were introduced over the past 11 months as well.

The star of the show for geeks and “Back to the Future” fans alike, unsurprisingly, is Hendo’s aforementioned hoverboard created by Jill and Greg Henderson. The board uses magnets to hover and it sports a battery that only lasts for 15 minutes per charge. But… it’s a working hoverboard, and it is therefore awesome.

The Hendo Hoverboard costs $10,000 and so far 10 are being made to be sold commercially.

Beyond that, there are a number of incredible inventions on the list this year, including Lockheed Martin’s high-beta fusion reactor, the super-secure Blackphone and next-generation wireless electricity, which can charge devices from up to eight feet away.

Microsoft’s Surface Pro 3 also made the list, as did the Apple Watch, even though it doesn’t actually exist yet; only non-working versions have been shown off thus far.