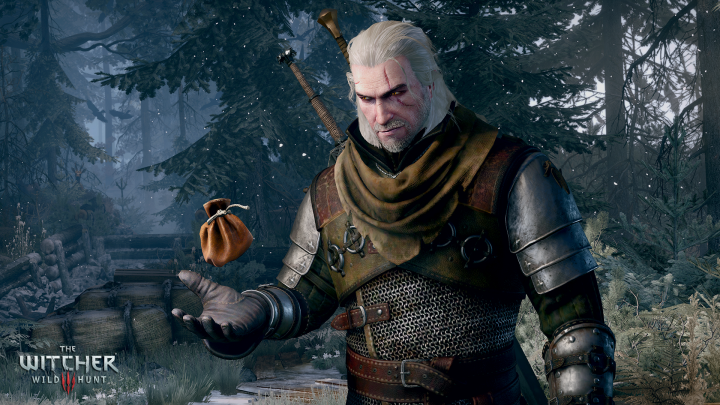 Unlike its predecessors, The Witcher 3: Wild Hunt isn’t going to scare you away. At least, not at first.

The Witcher 3 has been one of my most anticipated games of the past two years, but I was hesitant to get too excited about it because of the inevitable learning curve. I knew CD Projekt Red was going to kick my ass, and I had no way to know if I’d be prepared to deal with it.

Thankfully, the structure and pacing of the game has changed significantly to accommodate the new open world setting.

Two weeks ago, I had a chance to sit down with The Witcher 3 for nearly two hours. I started at the beginning, working my way through the initial tutorials to learn the controls and the combat mechanics. I was then thrown into the open world, in search of Geralt’s one true love, an incredibly powerful sorceress named Yennefer.

Although the combat is relatively complex compared to an Elder Scrolls or Dragon Age title, the prologue was comprehensive enough that I wasn’t caught off guard when ghouls rushed my camp as the game began in earnest. If you’ve played either of the first two Witcher games, you’ll probably be comfortable with the artful slicing and dodging that the series is known for, but don’t be surprised if you wind up in a pool of your own blood the first time you aggro a large group of enemies.

Once I cleared the first encounter (with the assistance of Geralt’s mentor Vesemir), the two of us mounted our horses and began riding toward White Orchard. During the ride, we happened upon an overturned cart and a horse, currently in the process of being devoured by an enormous griffin.

A short scene played out in which Geralt managed to injure the griffin. It then attacked Vesemir, collected its equine prey and flew off into the distance. A man named Bram emerged from beneath the cart and thanked the two witchers profusely. At this point, I had the choice of demanding a reward or telling Bram that we were just doing our job. I chose the latter, and he sent us in the direction of White Orchard where his cousin could be found at the local inn.

Once we reached the inn, the game began to open up. I could either speak with the locals to find out more about Yennefer’s whereabouts or jump back on my steed and explore the shockingly gorgeous landscape. I was playing on a PC with maxed out specifications, and I think I can safely say that The Witcher 3 has raised the bar for graphical performance this generation.

I elected to stick around and ask about Yennefer, which pushed the story forward and gave me a new destination. On my way out of town, I collected a few side quests from the other townsfolk as well.

One villager believed he had lost his brother in a recent battle and wanted me to help him find the body so that he could lay it to rest. Another woman was locked out of her home and believed a bandit might be inside. With short cutscenes preceding each of the quests, I always felt connected to the stories of these villagers, even when their plights were menial. This is not another Skyrim, with lifeless NPCs spouting off endless lines of dialogue.

I eventually made my way toward the next story destination, where I began to catch wind of some of the political strife that is sure to inform the story in the hours ahead. The Nilfgaardian Empire is back in full force, and despite the fact that I am not fully aware of the inner machinations of the Witcher universe, Geralt’s conversation choices gave me a clear idea as to which side he was on when speaking to one of the Nilfgaardian leaders about taking out the griffin we’d happened across earlier.

Before traveling to take on the fearsome griffin, I took some time to explore the limited (yet impressive) swath of the Northern Realms that I had access to. I was able to fast travel to locations I’d visited previously using signposts scattered around the environment, which made it easy to return to the areas where I’d completed a quest and immediately moved on to something new.

While exploring, I discovered several “places of power” where I gained ability points to upgrade Geralt’s abilities. I also found plenty of random encounters and hostile strongholds — in fact, I never traveled for more than a few minutes without something new cropping up. It seems that if you want to get distracted from the story, you could do so for hours on end.

Finally, I made my way back to White Orchard to discuss the plan of attack with Vesemir. We figured that I should gather some plants to lure the griffin to us and then strike before it had a chance to react. I had already gathered the necessary plants while exploring the world, so we moved on straight to the battle.

Just as we’d expected, the griffin landed, unaware of our presence, and we leapt out to take it down. After we’d managed to slice through most of its health, the beast attempted to escape, but it was no match for Geralt’s Witcher sense, which allows him to track creatures, characters and clues in the environment.

We found the griffin atop a nearby hill, charged and toppled it once and for all.

It was just a short slice of the game, but I can’t stress enough just how perfectly paced it felt. I was never overwhelmed, but I didn’t feel like the game was holding my hand either. You will die if you rush into battle without a handle on the melee combat system and the various spells, even on the easiest difficulty.

Two weeks later, I can’t stop thinking about The Witcher 3, and I can’t wait to get more time with it when it launches on May 19th.