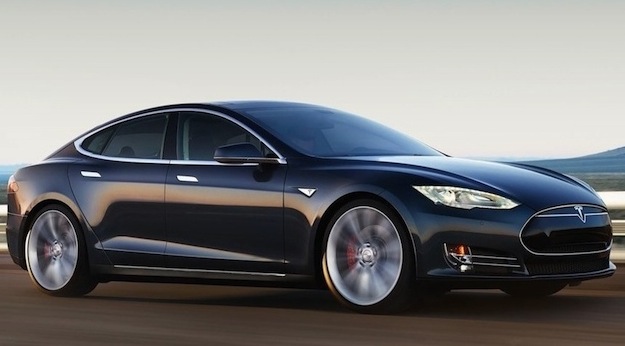 The futuristic Tesla Model S is about to get much cooler and a whole lot safer. As promised, Tesla CEO Elon Musk on Thursday delivered a number of important announcements regarding the highly revered Model S.

First and foremost, an upcoming software update to the Model S will include a “range assurance” application that will alert users when they drive out of charging range. By keeping tabs on how much juice is left in the car and always monitoring how far or close the nearest charging stations are, the car’s software promises to relieve range anxiety altogether. As Musk boldly stated, the new software update will make it “basically impossible” for a user to run out of charge before finding a station. Impressively, the software will be “smart” enough to assess if nearby charging stations are full or temporarily out of service.

Additionally, the new Model S software will also plan trips for users such that they’ll automatically be routed through Tesla’s vast network of Superchargers.

And speaking of chargers, Musk reiterated Tesla’s plan to blanket all of North America and Europe with Supercharger stations by the end of the year.

Notably, the impending software update has a few more tricks up its sleeve. Some other new features include:

This new Collision Avoidance Assist feature automatically engages the brakes to reduce the impact of an unavoidable frontal collision. Automatic Emergency Braking will stop applying the brakes when the driver presses the accelerator pedal, the brake pedal, or sharply turns the steering wheel.

Blind Spot Warning assists the driver to change lanes safely. When Model S is travelling between 20 mph (30 km/h) and 85 mph (140 km/h) and detects a vehicle in the driver’s blind spot, a white arc will appear on the instrument panel near the bottom of the speedometer. If a collision with the vehicle becomes likely, two red arcs will appear, the steering wheel will vibrate, and the driver will hear a chime.

What’s more, the software update includes a new Valet Mode. With Valet Mode enabled, Model S owners can prevent other drivers from accessing certain settings and reaching certain speeds. All in all, a great way to prevent adventurous valet drivers from taking your prized Model S for an unauthorized joyride.

The software update is expected to drop in a couple months and seemingly delivers a whole a lot of cool features. As the Tesla press release notes, “Model S is the only car on the road that improves with time, thanks to Tesla’s free, over-the-air software updates.”

No doubt about that.

The update should be available in about 10 days.