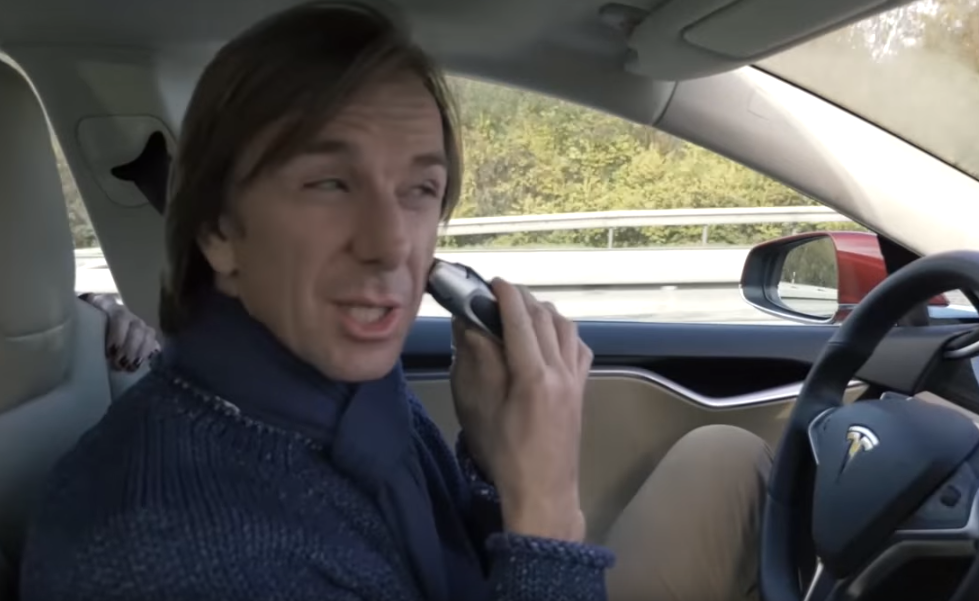 As we’ve said before, using Tesla’s new AutoPilot feature is not a reason to stop actively driving. Yes, it does handle itself on highways quite well but it’s also not immune to glitches that have produced some scary incidents when drivers try to rely on it entirely without paying attention to the road. With this in mind, we were a little disturbed to see that a German radio host named Wolfgang Leikermoser decided it was okay to both shave his face and eat food while driving a Tesla Model S hands-free and letting AutoPilot do all the work for him on an Autobahn.

The video starts out harmlessly enough, with Leikermoser generally driving with both hands on the wheel and taking them off to test out the new automatic lane-switching feature, which works like a charm during his demonstration. As he gets more comfortable with letting the car do the work for him, he decides to give himself a shave with an electric razor and then make himself a snack by spreading some jelly on a piece of bread.

Again: AutoPilot is not supposed to be a substitute for driving and it’s not the same as self-driving car technology. So don’t do what Leikermoser did, for your safety and the safety of others.