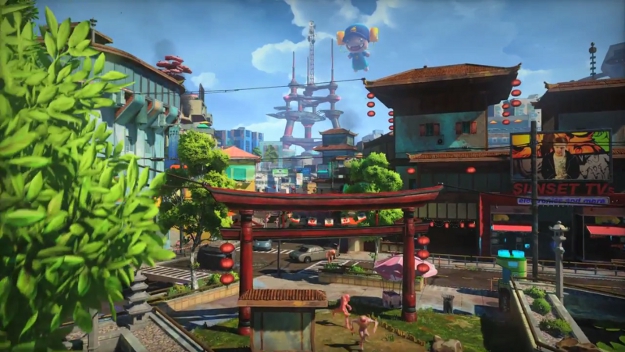 One of the most anticipated Xbox One exclusives of the year isn’t launching until the end of the month, but Microsoft is well aware of how impatient its fans can be. That’s why the console maker is teaming up with Best Buy to offer an exclusive first look at Sunset Overdrive on October 11th during a one-hour livestream of the game on the Xbox Twitch channel.

The game made its playable debut at E3 this year, but gamers have only seen bits and pieces of Sunset Overdrive’s story since the game was announced at E3 2013. Best Buy doesn’t offer much in the way of specifics, but we can assume some of that hour will be dedicated to the game’s campaign, which takes place in the eponymous Sunset City 13 years from the present day.

If you happen to be in southern California on Saturday, Best Buy will be holding a live event at its Torrence, California location, from 1:30-4:00 p.m. PDT. A local radio station will be handing out Xbox One consoles, gift cards and skateboards and everyone in attendance will get to go hands-on with a mutliplayer demo of Sunset Overdrive as well.

Everyone else: tune in to the stream from 2:30-3:30 p.m. PDT on Saturday for the longest long yet at what could be the standout Xbox One exclusive of 2014. We’ve embedded the stream below, so check back this weekend!