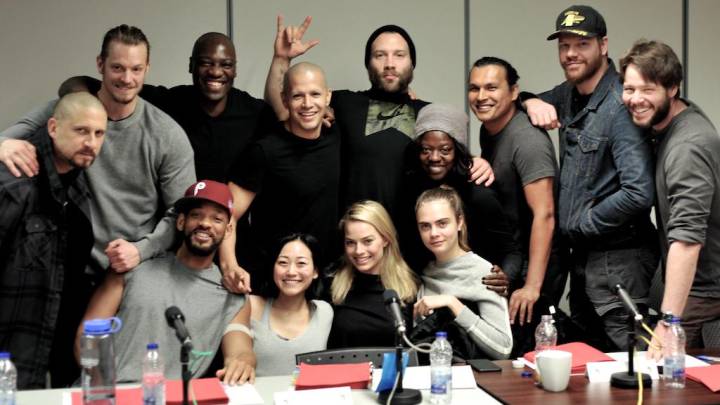 Suicide Squad is another movie comic book fans should have on their list for next year. Supposed to launch in August 2016, the film brings together a band of villains from various DC titles, including Batman’s most popular bad guy, the Joker. A trailer has yet to be released for the movie, so we’re yet to see how any of the villains in it look like. But as CNET reports, we now get to at least look at Jared Leto in character.

Leto will play the Joker in the movie and director David Ayer tweeted a picture showing how the iconic villain will look in his new film.

Unsurprisingly, the Joker looks like a scary, raging-mad lunatic that’ll certainly be up to no good in Suicide Squad. The dark tattoos, the green hair and that damaged smile are all there.

In addition to Leto’s Joker, there are many other Suicide Squad characters to be revealed. Will Smith plays Deadshot, Jesse Eisenberg is Lex Luthor, Margot Robbie is Harley Quinn, Cara Delevingne plays Enchantress, Jai Courtney is Captain Boomerang, Joel Kinnaman is Rick Flag, to name just a few. An image posted by the Ayer on Twitter in early April shows the entire cast during a read through.