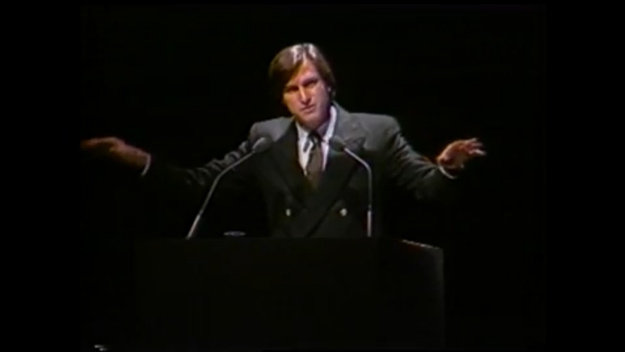 When Alex Gibney’s documentary, Steve Jobs: The Man in the Machine, premiered earlier this year, Apple employees were displeased with the unflattering portrayal of their former boss. Eddy Cue went so far as to call the film “[an] inaccurate and mean-spirited view” of his friend, but Gibney isn’t finished quite yet.

During a Q&A following a recent screening of the film, Gibney reportedly responded to a question regarding whether or not he saw parallels between Apple and the Church of Scientology with the exclamation: “I do! I do!”

In order to provide some context for that question, you might recognize Gibney’s name from another polemical documentary that debuted earlier this year — Going Clear: Scientology and the Prison of Belief.

Gibney then went on to compare Jobs to singer James Brown, another subject of one of his past films.

“They were both awesome performers; they were brilliant in terms of understanding how important the band was to their success, “said Gibney. “Steve Jobs surrounded himself with really talented people. But they were also ruthless, hugely ambitious, and took full credit for the work that others did.”

The third and final parallel that Gibney drew was between the culture of Apple and the world view of Ayn Rand. The way Gibney sees it, Steve Jobs believed that “you should do one thing and one thing well, and that’s all you should do. Anything else is bullshit.”

Watch a short clip of the documentary from Deadline Hollywood: