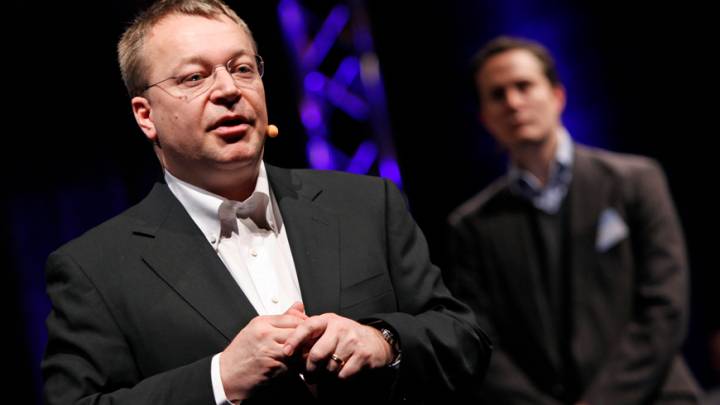 Xbox fans panicked when they read rumors that Stephen Elop, then a frontrunner in the race to become Microsoft’s next chief executive, would seriously consider breaking off Xbox and Bing into new companies. The former Nokia boss helped orchestrate the sale of Nokia’s devices and services businesses to Microsoft, his former employer, and he reportedly hoped the deal would land him a CEO gig following Ballmer’s departure. Satya Nadella was recently named CEO, however, and Elop’s future with the company has been unknown to outsiders. As Microsoft just confirmed though, Elop’s new home will be atop Microsoft’s devices and studios business.

In other words, he’ll be in charge of the Xbox division he reportedly wanted to ax.

This is by no means news that Xbox will soon be spun off into a separate company. Even if Elop did speak of breaking off gaming and search during the CEO evaluation process, that doesn’t necessarily mean the possibility of spinning off these money-losing divisions in actually on the table. Instead, Elop’s strategic expertise may be called upon to cut costs and find new ways to bolster Xbox sales.

As GeekWire reports, Elop will also be in charge of the Surface product line as well as Microsoft’s new Windows Phone efforts once it takes control of Nokia’s handset business.

As you will read in the notes below from Qi and Satya, I’ve accepted a new challenge, leading the My Life & Work team in ASG and serving as the Chief Experience Officer (CXO). As hard as it is for me to leave Devices & Studios, I’m thrilled about this opportunity. In working with company leaders this year to establish our One Microsoft vision and plan, I thought about ways I could have impact on helping Microsoft prepare for the future and innovate. My discussions with Satya and Qi made clear this is a critical space to drive new thinking and an essential way to help the shape the company’s direction. I’m looking forward to developing the Digital Life & Digital Work Experience Substrate that powers modern digital experiences regardless of device, as well as working across ASG to strengthen customer experiences.

I want to thank each and every one of you for welcoming me and supporting me as the leader of Devices & Studios over the past 7 months. I’m very proud of what we have accomplished during such a short timeframe. We launched Xbox One, Surface 2 & Pro 2, blockbuster games like Forza and Ryse, a brand new Xbox Music and Video service, PPI, and some amazing unannounced innovations just to name a few – incredibly impressive!

Our opportunity to grow as a world-class devices and experiences company is greater than ever, and I have every belief that as One Microsoft we’re on the right path. The addition of Nokia Devices & Services into the DnS family will add tremendous scale, talent and opportunity for our future.

I’ll remain in role leading the DnS organization in the interim until the Nokia deal closes and Stephen Elop makes his transition to Microsoft. We’ve been meeting regularly throughout and are making a lot of progress, ensuring our teams are ready for the Day 1 close and beyond.

You are all in great hands with Stephen and already we’ve shared a lot with him and his LT from Nokia regarding all of the fantastic people, teams and products in DnS. I also know many of you are looking forward to welcoming the Nokia team and working more closely with them.

As I look to the future, I’m reminded of a favorite Chinese proverb: “To get through the hardest journey we need take only one step at a time, but we must keep on stepping.”

I encourage you all to stay focused on the journey and opportunities ahead, and know that I’ll be there in step with you as we launch the next chapter of Microsoft.