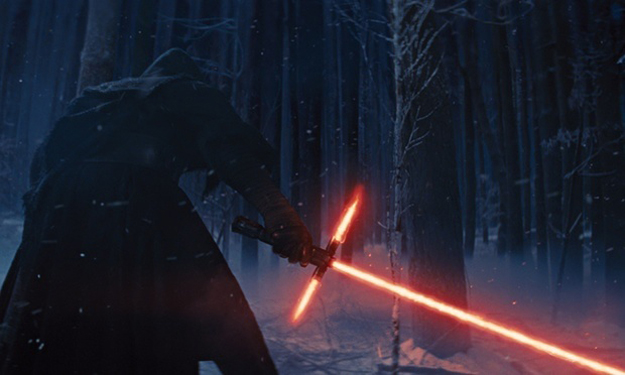 Star Wars: The Force Awakens is the most highly anticipated movie coming out this year but we still know surprisingly little about its main plot. There’s a good reason for that: Disney has done an amazing job of keeping the movie’s secrets under tight wraps in a way that Steve Jobs would have certainly appreciated. In an interview with The Guardian, Anthony Daniels (a.k.a., the actor who plays beloved droid C-3PO) reveals just how far Disney has gone to keep spoilers for The Force Awakens from leaking out.

“The secrecy has been beyond ludicrous,” he tells The Guardian. “For heaven’s sake, it’s a movie. When I got the script, it was typed in black on paper of the deepest red so you couldn’t photocopy it. I got a hangover just reading it.”

It seems Disney is also carefully following all actors’ social media accounts to make sure they don’t inadvertently spill any beans about the film, no matter how trivial they may seem.

“I said [on Twitter] that I’d met so-and-so. An actor who plays a … thing in the film. A character,” he coyly reveals. “Immediately I received a message from Disney: ‘Remove the tweet! You’re not allowed to say that!’ Honestly. It’s a kind of Kremlin attitude.”

Check out Daniels’ whole interview with The Guardian here.