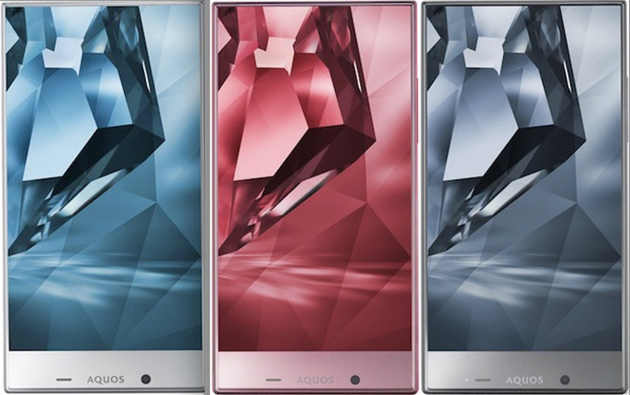 While handset makers keep slimming down the bezels of their devices, Sharp has designed a smartphone that comes closer than any we’ve ever seen to eliminating bezels all together. The best part is Sharp’s Aquos Crystal phone will be available to American buyers, Engadget reports, as Sprint is getting ready to launch it in the U.S. In fact, Sprint’s Tuesday New York City media event for the Aquos Crystal is aptly called “Take the edge off.”

From the sound of it, though, it looks like the Aquos Crystal that comes to the U.S. will be inferior to the one that releases in Japan. The Japan-only X version of the phone has, in addition to the almost bezel-free 5.5-inch 1080p display, a 2.3GHz Snapdragon 801 processor, 2GB of RAM, 32GB of storage, 2,610mAh battery and a 10mm profile. But that’s not the model Sprint is getting.

Instead, Sprint’s Sharp handset will have a 5-inch 720p display and 1.2GHz Qualcomm Snapdragon 400 processor, packed into a 10mm thick body. Other specs for Sprint’s Aquos Crystal include 1.5GB of RAM, 8GB of storage, Harman Kardon sound, 2,040mAh battery and Android 4.4.2.

It’s not clear whether the top-of-the-line Aquos Crystal X, pictured above, will hit the U.S. at any point in the future, but Sprint’s version should launch on August 29th, with pre-orders starting Tuesday. Pricing details for the handset are not available at this time, but considering the phone is a mid-range device, it’s expected to be rather affordable, especially when purchased on contract.