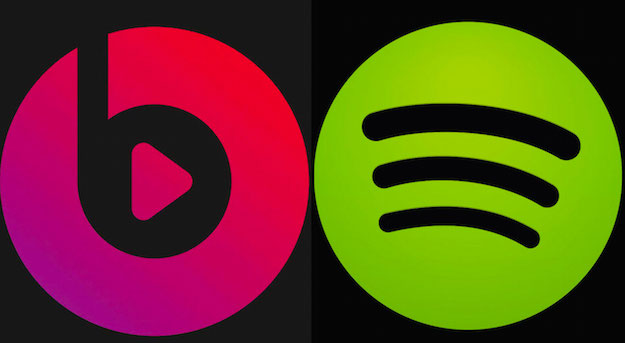 Even though we don’t need more proof that music streaming is the wave of the future, recent comments made by Warner Music Group CEO Stephen Cooper really underscore just how fast the transition from digital downloads to music streaming is happening.

During an earnings conference call on Monday, Cooper said that Warner Music, the third largest recording company on the planet, generated more money from streaming than they did from digital downloads. That’s no small feat, and as Re/Code notes, this “is the first time a big music label has hit that milestone.”

A Warner Music press release on the matter reads in part:

“We experienced significant revenue growth this quarter across key segments of our business – in particular Recorded Music, across the U.S. and international and across digital and physical – capping off a strong first half of our fiscal year” said Stephen Cooper, Warner Music Group’s CEO. “Notably, in this quarter we saw continued growth in streaming revenue which surpassed download revenue for the first time in the history of our recorded music business.”

As for specific figures, streaming-based music revenue from sites like YouTube, Pandora, Spotify, and Beats Music increased by over 33% during Warner’s March quarter. Meanwhile, revenue from digital sales increased by only 7%. Which is to say, it’s not as if digital downloads are going the way of the dodo; rather, the popularity and ubiquity of streaming is skyrocketing, a market trend Warner Music is keenly aware of.

“The rate of this growth has made it abundantly clear that in years to come, streaming will be the way that most people enjoy music,” Cooper said at the beginning of the call.

In fact, with Apple poised to introduce a revamped music streaming service later this year, it’s entirely possible that streaming music will universally overtake digital downloads much sooner than anyone could have anticipated even one year ago.