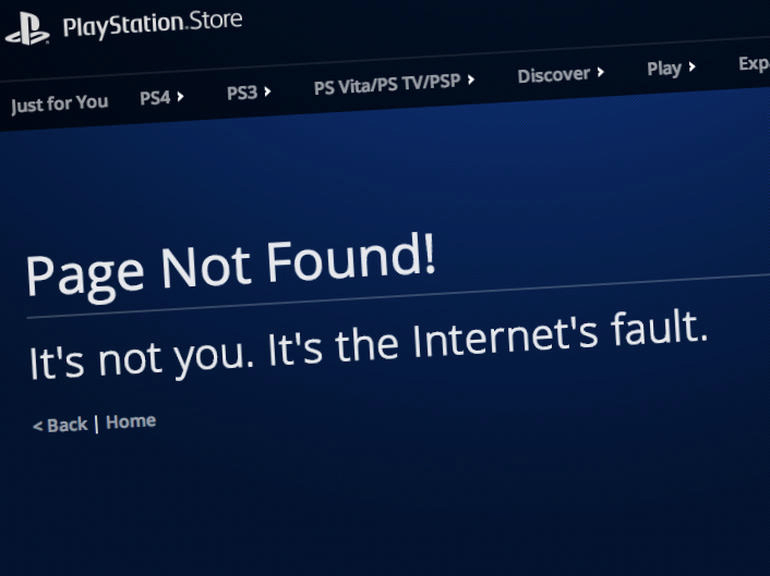 Following the massive cyber attack that hit Sony Pictures, Sony confirmed that some hackers also targeted its PlayStation Network store,  which was on Monday down for more than to hours, from 8:52 a.m. to 11:18 a.m. Tokyo time, Reuters reports.

“We are aware that users are having issues connecting to PSN. Thanks for your patience as we investigate,” Sony said on the official PlayStation Twitter account.

While the store was down, a message saying “Page Not Found! It’s not you. It’s the Internet’s fault” was displayed, but the store is currently working.

It’s not clear at this time whether any data was stolen during the attack, or whether the PlayStation Network hack is in any way related to the Sony Pictures hack.

The Sony Pictures hack has been conducted by a group calling itself Guardians of Peace, which managed to steal over 100 terabytes of files from Sony’s internal computer network, including unreleased films, undisclosed plans for future productions, employees’ private data including social security numbers, salaries and other data, and passwords for many of Sony Pictures’ online assets.