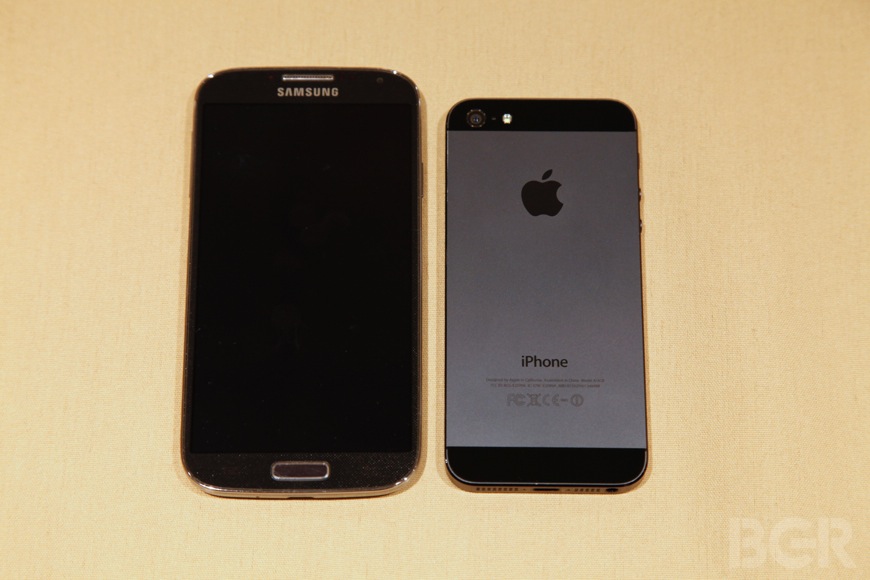 Is the mobile industry headed for a duopoly where Apple and Samsung are the only two companies that matter? Breakdowns of smartphone industry profits sure make it look that way and now Barron’s points us to a new survey conducted by MKM Partners showing that the two companies’ grip on the smartphone market has only strengthened over the past several months. The survey, which measures smartphone buying intentions for just over 1,000 American consumers, found that 30% of likely smartphone buyers planned to buy an iPhone while 28% said they planned to buy a Samsung device for their next smartphone.

For comparison, just 6% of likely smartphone buyers said they would go with a BlackBerry device and just 2% said they would buy a device from Nokia. Samsung and Apple’s combined share of 58% of intended smartphone purchases is up significantly from the 43% combined share the two firms notched in a similar survey last fall. Based on these results, MKM analyst Michael Genovese thinks that the “Apple/Samsung duopoly has strengthened” in the last half-year and has left smaller vendors with very little breathing space to expand their own market shares.