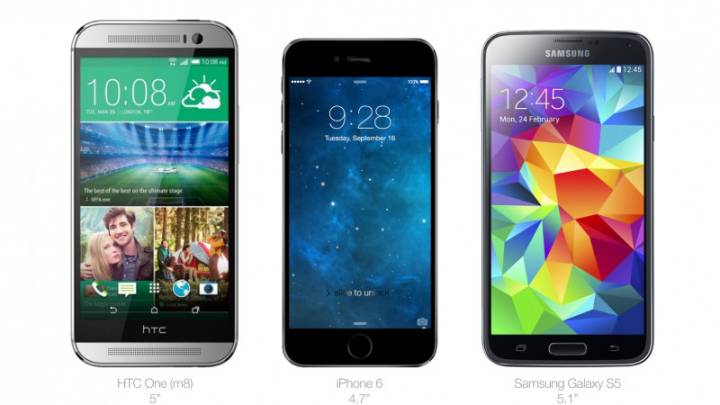 It’s official: big phones are in. As Android phone makers have continued to pump up the size of their devices in recent years, the response of consumers has been resoundingly positive. According to research firm Canalys, over one-third, or 34%, of smartphones shipped in the first quarter of 2014 featured displays of 5 inches or larger. These figures represent a 369% increase in shipments — an even greater rate of growth than the smartphone market as a whole.

“This is still a market segment led by Samsung, but the trend is unmistakably toward larger-screen handsets at the high end of the market,” said Canalys Analyst Jessica Kwee. “It held a 44% share of devices with displays of 5″ and above, and 53% if the view is narrowed to look at 5.5″-plus displays.”

Considering the unmistakable shift in market trends, rumors of Apple’s upcoming 4.7-inch and 5.5-inch smartphones are more justifiable than ever before. Consumers at the high end of the market want larger devices with powerful specifications — in order to compete in the long run, Apple needs to keep up with Samsung, HTC and other Android phone makers that have already begun testing the limits of display size.

“Consumers now expect high-end devices to have large displays, and Apple’s absence in this market will clearly not last long,” Kwee continued. “It is notable that 5″ and above displays featured on almost half (47%) of smart phones with an unlocked retail price of US$500 or more. Of the remaining 53% of high-end smart phones, 87% were iPhones. Apple plainly needs a larger-screen smart phone to remain competitive, and it will look to address this in the coming months.”