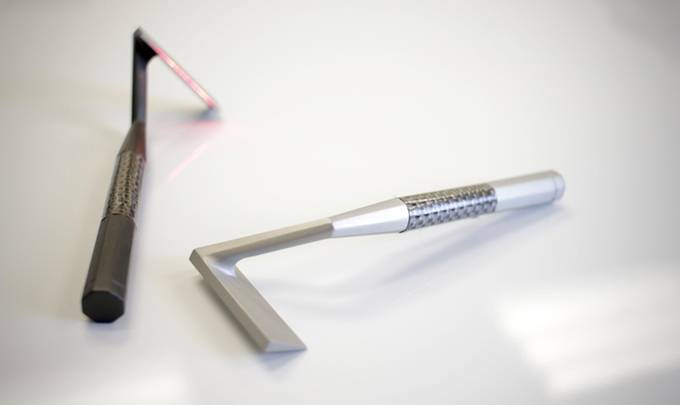 Even though we’re seemingly overloaded with incredible gadgets that can do amazing things, we still haven’t yet found a high-tech razor that can take the misery out of shaving. However, Skarp Technologies wants to change all that by delivering a laser-powered razor that will zap off unwanted hairs to give you the cleanest shave you’ve ever had.

According to Skarp, the razor is “powered by a small laser which cuts through hair for an  incredibly close shave” and that eliminates a lot of the annoying things that typically come with shaving, including razor burn, bleeding, itching and infection. Even better, the razor doesn’t require any water — you can just turn it on and mow off all your facial hair with ease.

“Wavelengths of light had already been discovered that could cut through dark hair, but finding a way to cut light hair was proving incredibly difficult,” Skarp explains. “After years of research & development, they discovered a chromophore in the hair that would be cut when hit with a particular light wavelength.”

To become a reality, Skarp took its futuristic razor to Kickstarter, where it has already blown past its original funding goal of $160,000 and has already raised more than $700,000 with 20 days left to go. Skarp estimates that it will start shipping its laser razors in March of 2016. Learn more about the project by clicking here.