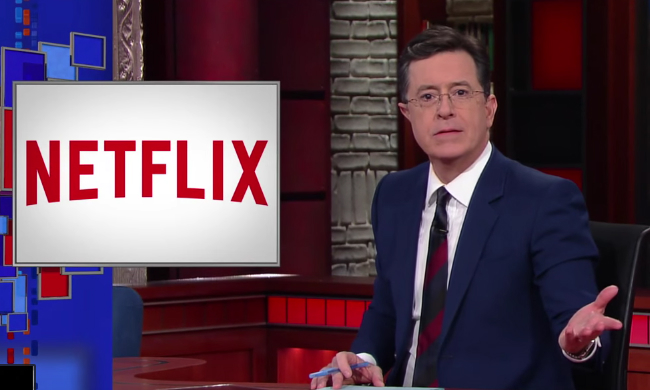 Netflix’s hidden categorization of movies and TV shows isn’t a secret anymore. Netflix users have probably found out about them already, and they might be using special browser tools to search for quirky mini-genres that Netflix’s algorithm would otherwise keep under wraps.

Stephen Colbert didn’t miss the news either, and the popular talk show host knows how to make the most of them.

In a hilarious segment on the Late Show, Stephen Colbert showed us what some of these secret Netflix movie categories have to offer, explaining what codes we should enter into Netflix to access hidden content.

Colbert is obviously making fun of the whole thing, offering viewers some rather specific categories. This one is my favorite: “Movies to remind you that breaking up with Danny isn’t the worst thing that could happen to you, Brenda,” and it contains titles like Schindler’s List, Saving Private Ryan, and The Human Centipede.

But the fact remains that deciding what to watch on Netflix can be terribly annoying, especially if more than one person is involved with the decision. “Seriously, this is going to revolutionize the way we watch Netflix,” Colbert jokes, “compared to how we watch it now, where you and your family scroll for an hour before picking up where you left off at Lincoln, then falling asleep two minutes later.”