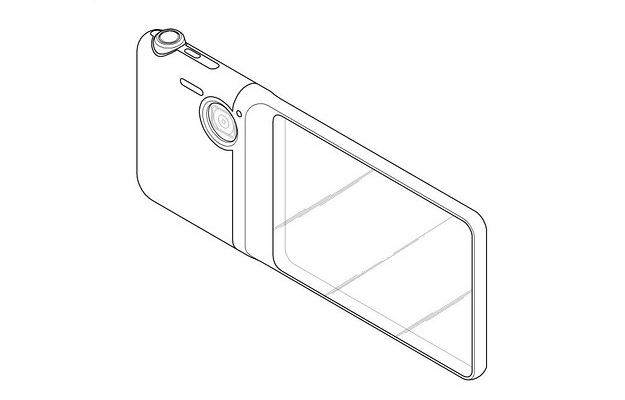 Samsung has filed a new patent in South Korea, the Wall Street Journal reports, in which it describes a new camera concept that apparently fixes a camera issue users may have not been aware of – the lack of direct eye-contact. The patent proposes a device with a transparent screen, that will allow users both to look at pictures that were taken with the device, but also see the subjects of their photo sessions through it while taking photos.

“This design is of a digital camera using a transparent display that allows the person taking the photo and the subject of the photo-shoot to look at each other and have direct eye-contact for photo shooting,” the patent filing says.

Except for the large transparent screen, the camera concept doesn’t seem to offer any other obvious features that would actually improve picture quality. The device looks very much like a compact camera rather than a more professional model, and appears to be slimmer than the Galaxy S4 Zoom launched last year. The filing revealed that the main body of the camera will have a “wide” transparent display, lens and flashes, and a power button on the side.

No dimensions for the camera were given, and it’s not clear whether such a camera would be a smart, Android-powered camera similar to previous devices from Samsung.

The Journal notes that “Samsung has long been trying to crack” the camera market that’s still dominated by Japanese rivals, “as the company gropes for a new growth engine in every aspect it can from its vast lineup of electronics products.” Samsung has released several camera models in recent years, including the Galaxy S4 Zoom, a bulky smartphone with more advanced camera features and other Android-based camera-only models.