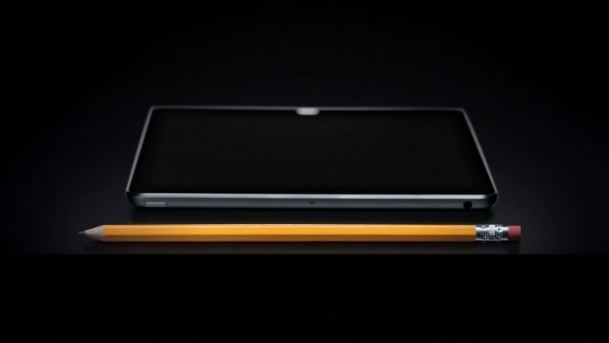 Apple’s latest, greatest tablet has dominated the sales charts since it launched in November, but Samsung still isn’t impressed. In a very blatant response to the ‘Pencil’ ad for the iPad Air, Samsung has released its own commercial, mocking both the sincerity of Bryan Cranston’s narration and the size of the Apple tablet itself. The Galaxy Tab Pro 10.1 is actually a few millimeters thinner than the iPad Air, yet features a 2560 x 1600 display, a slight improvement over the Air’s 2048 x 1536 screen. Samsung’s newest tablet is also able to multitask, something that iOS still doesn’t allow. This parody might ring a few bells considering Amazon pulled a similar stunt last December, but it’s clever enough that we’ll let it slide.