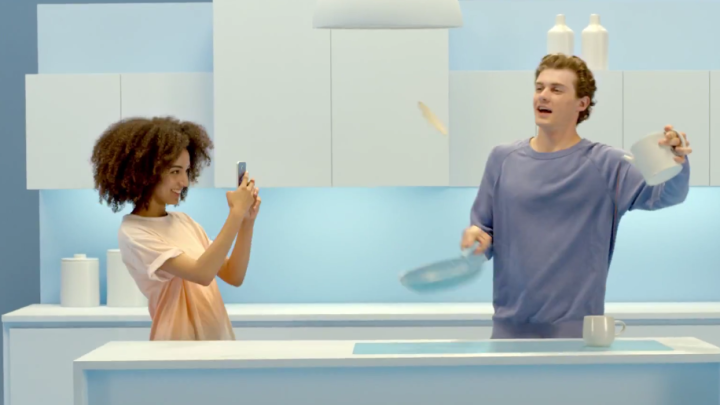 Samsung’s marketing team is normally first rate but every once in a while they produce an ad that’s… baffling. Not as baffling as HTC’s godawful Robert Downey Jr. ads, mind you, but baffling nonetheless. For example, its new “GIF-powered” ad features a woman unboxing the Galaxy S6 and then using it to make lots and lots of GIFs for no apparent reason. It seems to be a Samsung ad that’s aimed exclusively at teenage girls, although we’d be wary of letting them watch the ad if they’re prone to having seizures.

“You know that feeling when you unbox a phone and can’t wait to take the first photo with it?” Samsung asks rhetorically on the video’s YouTube page. “When you leave the clear film on all day and can’t keep your hands off it? When you play with your phone over and over and over? Let the Galaxy S6 and S6 edge give you that new phone feeling with a GIF-powered music video.”

It doesn’t help that the video is accompanied by a remarkably annoying song called “When I Rule the World” by an artist who simply goes by the name of Liz. At any rate, you can check out the video for yourself below. Here’s hoping you won’t be seeing it on TV anytime soon.