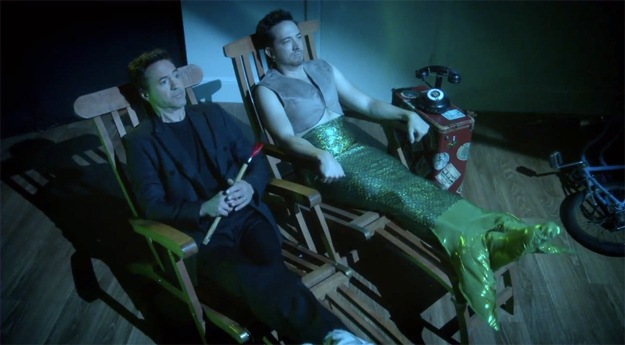 HTC and Robert Downey Jr. have something of a history together, and so far it has yielded a series of bizarre device advertisements that do precious little to actually… advertise devices. Instead, the company’s RDJ campaign has been a brand awareness effort of sorts, however successful or unsuccessful it might be at this point.

As weird as the ads have been so far, though, you’ve never seen anything quite like the 10 new promo videos HTC and Robert Downey Jr. just released for the HTC One M9.

At least, we think they’re meant to promote the HTC One M9. You be the judge.

The series of 10 videos stars Downey Jr. in a number of nonsensical roles, all of which take place in a hotel room. We’re not sure how well they promote HTC’s upcoming new flagship M9 smartphone, but they’re certainly… interesting.

All 10 videos can be seen in the YouTube playlist embedded below.