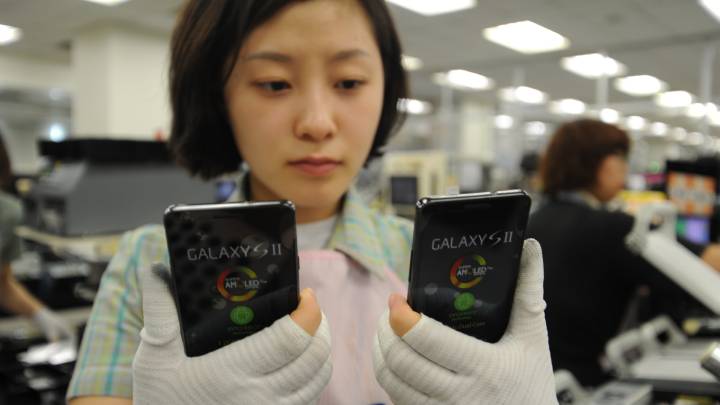 In response to China Labor Watch accusations that Samsung (005930) is abusing factory employees in China and employing child workers, the Korean electronics giant announced on Monday it found no “instance of child labor during the audits after reviewing HR records of all workers aged below 18 and conducting face-to-face ID checks” in its Chinese factories that employ more than 65,000 workers. However, its 121-member audit team did find “several instances of inadequate practices at its factories” that included illegal overtime, sexual harassment and physical and verbal abuse, and more during the four-week audit.

Samsung issued a press release stating it is “currently reviewing 144 more supplier companies in China” by the end of the year and will have its audits confirmed independently by a third-party auditing program called the “Validated Audit Process of the Electronic Industry Citizenship Coalition.”

In the meantime, Samsung is assessing the violations it found in its audit and devising corrective measures to remedy the situations.

Samsung’s press release with the full list of violations and corrective actions follows below.

SEOUL, Korea – November 26, 2012 – Samsung Electronics Co., Ltd, holds itself and its supplier companies to the highest standards. In response to China Labor Watch’s reports on our suppliers, we conducted an audit over a four-week period in September of 105 suppliers that manufacture Samsung products in China, covering more than 65,000 employees.
The Samsung audit team, comprising 121 trained and certified employees, undertook this urgent and broad-scale action to ensure our suppliers in China are compliant with applicable labor laws and Samsung’s Supplier Code of Conduct.

Samsung did not identify any instance of child labor during the audits after reviewing HR records of all workers aged below 18 and conducting face-to-face ID checks. However, the audit identified several instances of inadequate practices at the facilities, including overtime hours in excess of local regulations, management of supplier companies holding copies of labor contracts, and the imposition of a system of fines for lateness or absences.

Samsung is currently reviewing 144 more supplier companies in China, which will be completed by the end of this year. From 2013, Samsung will ensure the independence of the audits and continue to monitor working conditions at 249 Samsung suppliers in China through the Validated Audit Process of the Electronic Industry Citizenship Coalition, a third party audit program.

We are now designing, researching, and/or implementing corrective actions to address every violation that was identified. Corrective actions include new hiring policies and work hours and overtime practices, among other steps, to protect the health and welfare of employees.

New Hiring Process to Avoid Child Labor
Samsung has a zero tolerance policy on child labor violations. Although we did not identify any child labor during our audits in September, we have demanded all suppliers to adopt a new hiring process immediately, and contracts with suppliers who use child labor will be terminated.
• All candidates will be interviewed in person before hiring to strengthen identity verification measures and to detect fake IDs.
• Samsung demanded all suppliers to purchase an electronic device to effectively detect fake IDs by the end of November 2012.
• Special guidelines on the banning of child labor were distributed to all suppliers with necessary training provided. The guidelines will include Samsung’s strong commitments to prevent circumstances of child labor and its pre- and post-actions to prevent employment with fake IDs.

Commitments to Address Working Hours
We have identified the need for initiatives to reduce employee overtime as a top priority, and we are researching and developing measures that will eliminate hours beyond legal limits by the end of 2014.
• Samsung will develop a longer term plan to resolve working hour practices by the end of 2012.
• Samsung will demand all suppliers to cap temporary workers at a maximum of 30% of full-time employees.
• Samsung will financially support suppliers in China to increase investment in equipment and to hire additional workers.
• Corrective action plans tailored to each supplier are currently under development.

To serve customers better, Samsung mostly manufactures its products in-house through the company’s own facilities, although some manufacturing is outsourced when necessary. Unlike companies that rely predominantly on the outsourcing of manufacturing, Samsung can maintain its own high standards throughout its in-house manufacturing network to offer world-class working conditions.

Samsung takes concerns about working conditions in China seriously and, whenever an issue is identified, we take immediate and appropriate steps to correct it. Our goal is to assess, improve, and continuously monitor every aspect of working conditions at Samsung supplier facilities to meet our own high standards.