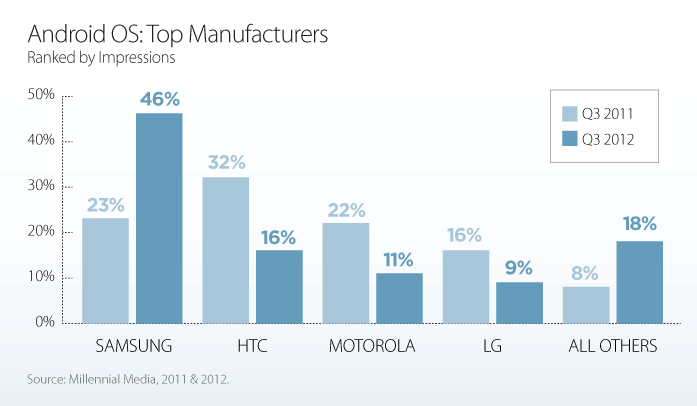 Samsung (005930) has seen unprecedented growth in the mobile market. Not only has the company dominated the Android operating system, in the past year it also became the number one smartphone and overall mobile vendor in the world. Samsung has been a major player in the Android market since its original Galaxy S smartphone, however in the past year the company experienced growth like no other.