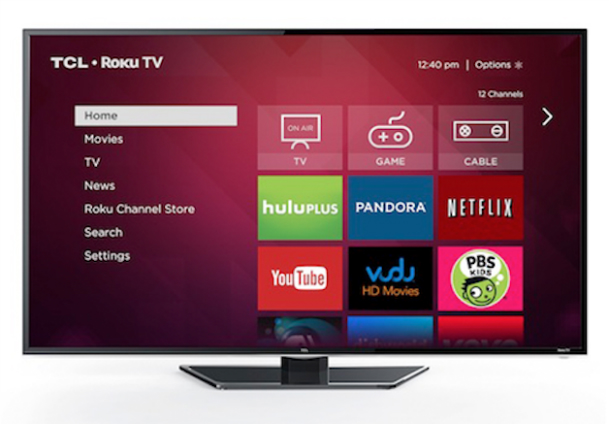 Roku TVs are coming later this year from several companies including Hisense and TCL, the company announced a few days ahead of CES 2014. Roku seems ready to metaphorically ditch the box by choosing to preload its software on future television sets. However, the company will not stop selling its Roku devices – the company also announced it shipped more than 8 million Roku units to date. Roku’s move to the TV may be a preemptive move against Apple’s rumored TV plans, with the company seeing the maker a potential “big competitor” in case it would actually start selling its own TV set. “Our solution would still be licensing the platform to all the other TV makers,” CEO Anthony Wood told re/code, “the same way the iPhone made other vendors look for an easy solution, and they turned to Android.”

Roku TVs will apparently not cost extra, as the company will license its software and make money from the ads it’ll show to TV buyers that use it to access one of the over 1200 channels of web video content that will be available on the TV platform. The first Hisense and TCL TVs that will have Roku software preloaded will launch in the U.S. and Canada this fall, and they’ll be available in a variety of sizes from 32 inches to 55 inches. However, actual launch dates or pricing details for this future Roku TVs are not available at this time.

Meanwhile, LG plans to unveil at CES a new line of Smart TVs based on webOS, while Google’s Chromecast is another popular solution to accessing digital content on a big screen TV.