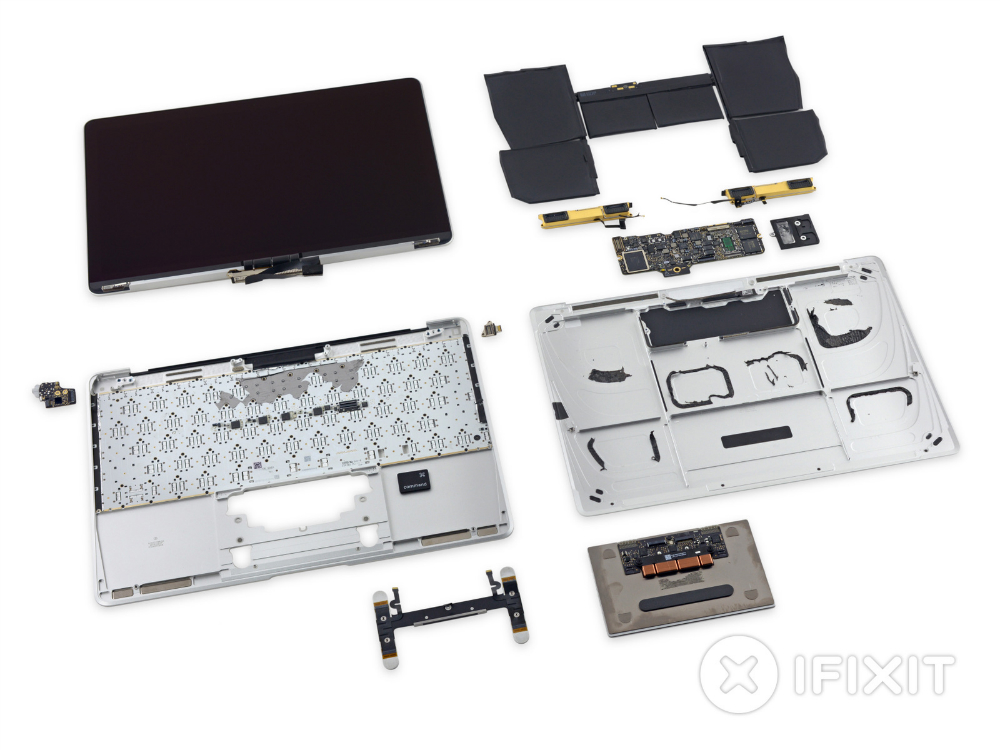 Now that Apple’s 12-inch Retina MacBook is available to the public, popular teardown site iFixit dismantled the laptop in order to take a closer look at some of the new technology used inside Apple’s latest notebook. Unsurprisingly, the Retina MacBook is very difficult to repair and you shouldn’t even think about doing it yourself.

In the end, the site concludes that the new MacBook is very difficult to repair. The publication awarded the Retina MacBook a score of 1 out of 10, listing the various reasons a Retina MacBook repair would be a rather difficult endeavor.

Other components are equally difficult, and potentially costly, to repair. The battery is firmly glued to the lower case; the Retina display is a fused unit that lacks protective glass; and the processor, RAM and flash memory are all soldered to the logic board.

The full teardown is available at the source link.