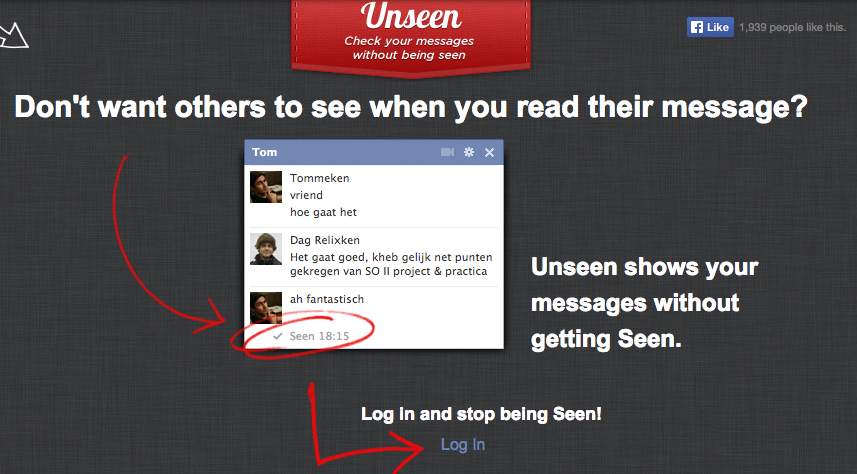 Texting apps on smartphones are very popular with users, and third-party social apps with instant messaging features are gaining ground as well. But most of them also come with one annoying feature, at list for some people, that lets senders know the recipient has read the message. The “read receipts” feature can be turned off on most popular instant messaging apps, though not on all of them, with Facebook being one such example.

FROM EARLIER: How to stop Facebook from eating your iPhone’s precious storage space

Thankfully, Lifehacker has put together a list of things users can do to turn off read receipts on Facebook, so that their contacts no longer know whether their messages have been delivered and read.

The one caveat is that the official Facebook Messenger app doesn’t support the feature, so smartphone users should simply avoid reading messages from certain contacts on their smartphone. On the desktop, things are much easier, as users can hide read receipts with some clever tricks, including the FBUnseen Chrome extension that blocks read receipts, and Unseenly, a Facebook app specifically created for this purpose.

Additionally, a simple piece of code works with Adblock Plus to block read receipts without having to install any third-party app or extension.

More details about these solutions are available on Lifehacker (see source link below). The publication also lists similar guides for other popular messaging systems including iMessage, WhatsApp, Snapchat, Kik, Viber and Outlook email.