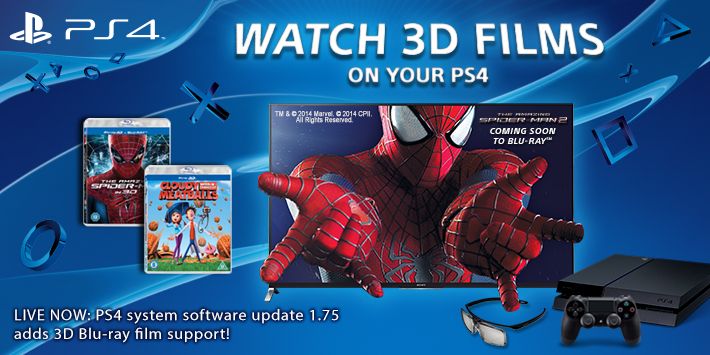 PlayStation 4 owners who also happen to love watching 3D content should know that Sony has just updated its new console to support 3D Blu-ray playback, the company revealed in a short tweet.

“PS4 System Software 1.75 is now ready to download. Get downloading!” the company wrote on its PlayStation Europe account, posting the image above that confirms 3D Blu-ray movies will be now supported on the console.

Like Sony, Microsoft is also interested in offering 3D Blu-ray playback support, but that will happen at some point in August, in a following software update for the Xbox One. Thus, PS4 obtained another victory in its battle with Microsoft’s console, albeit a small one, being the first to support 3D Blu-rays.

PS4 System Software 1.75 brings other features and improvements to console owners, in addition to 3D Blu-ray support, as follows below (via Neogaf):