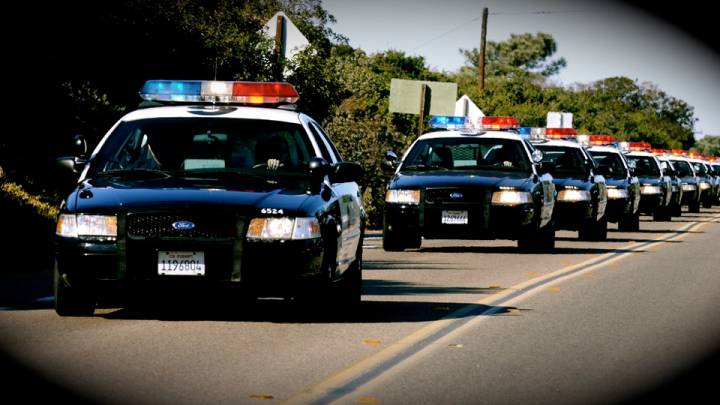 There are good police officers, and there are bad ones — it’s like anything else. Good cops devote their lives to protecting law-abiding citizens, and they work within the confines of the law. Bad cops cut corners, abuse their power and operate with reckless abandon. Unfortunately for a 22-year-old Philadelphia man identified as Tyree Carroll, he encountered about a dozen officers who fall into the latter group earlier this year.

FROM EARLIER: Watch a racist cop abuse his power on camera

Daily News reports that an Internal Affairs investigation has been opened into the severe beating of a Philadelphia man this past April. The man has been identified as Tyree Carroll, who was charged with drug possession, aggravated assault, simple assault and reckless endangerment.

A video of the incident tells a different story.

Carroll’s family managed to obtain a video recorded on a cell phone by a woman who appears to be a resident of an apartment near where the incident took place. In the video, three police officers appear to subdue the man, and then proceed to kick and punch him.

The beating grows more violent as additional officers arrive at the scene and join in the beating, while the suspect can be heard screaming for help. Carroll was also tased repeatedly during the incident.

The video, which was posted to YouTube earlier this week by Philadelphia blogger Jasmyne Cannick, is embedded below (NSFW language).