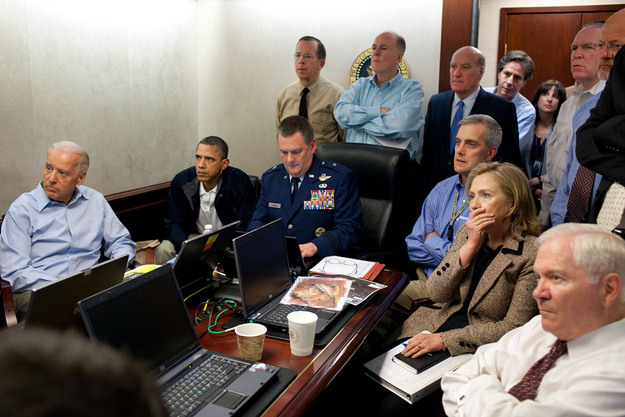 Violent war stories have always played well with an American crowd, but none have been more celebrated in recent years than the invasion of Osama bin Laden’s secret compound in Pakistan.

If you’ve read any of the books or seen the Academy Award nominated movie, Zero Dark Thirty, you probably think you know the story back to front:

After months of investigation, the U.S. military pinpointed what they believed to be bin Laden’s location. In the dead of night, 23 Navy SEALs crash landed in Abbottabad, made their way into the facility, killed bin Laden and escaped before the Pakistani government knew what hit them. We had finally brought justice to one of history’s most dangerous terrorists.

But in the ensuing months and years, the details of this triumphant story have begun to corrode.

This week, The New York Times published an astounding piece that delves into the story behind the story of bin Laden’s death.

One of the first major clues that the government’s story didn’t add up was when Mark Bowden, author of The Finish: The Killing of Osama bin Laden, was questioned by investigative reporter Seymour Hersh about the photographs that Bowden described at the end of his book.

“Hersh wanted to know: Had Bowden actually seen those photos?

Bowden told Hersh that he had not. He explained that they were described to him by someone who had.

As more stories came out from those who were involved with the operation, directly and indirectly, the contradictions began to pile up. At one point, we’d been led to believe bin Laden engaged in a firefight with the SEALs; it was later confirmed that he was unarmed. Zero Dark Thirty was lambasted for its portrayal of torture as a necessary evil; public officials later told the press that torture hadn’t had anything to do with the discovery of bin Laden’s compound.

This May, Hersh published his own, alternate version of events in Abbottabad in the London Review of Books. His version may or may not be closer to the truth than the narrative the U.S. government has propagated, but it might be years before we know the precise details of what happened… if we ever learn them at all.

Be sure to check out the full piece on The New York Times.