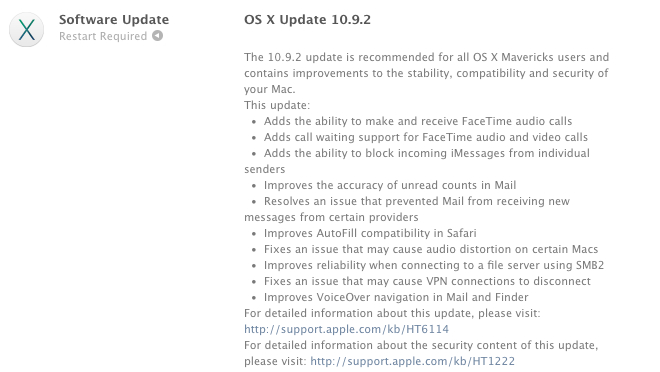 After releasing an iOS fix to address a critical SSL security issue last week, Apple on Tuesday issued an update for its OS X Mavericks operating system (OS X 10.9.2) to address the matter, but also to fix other issues and add new features, including support for FaceTime audio calls, call waiting for FaceTime, and iMessage blocking on the Mac. The full change log for Apple’s OS X 10.9.2 update follows below.

The OS X Mavericks v10.9.2 Update is recommended for all OS X Mavericks users. It improves the stability, compatibility, and security of your Mac. This update:

For detailed information about the security content of this update, see Apple security updates.