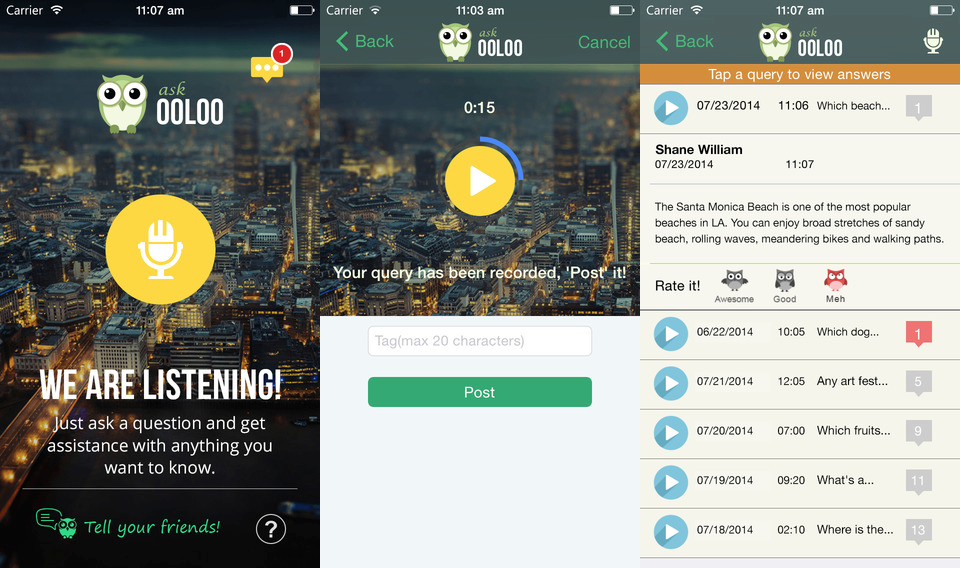 Remember those hilarious videos wondering what it would be like for Google to be an actual human being capable of answering all your serious, strange and wacky questions? Well, now there is one such human-powered search solution, but it wasn’t made by Google. The guys over at iDrive, who make extremely affordable cloud solutions for iOS and Android devices, have a completely different endeavor called Ooloo that is described as Apple’s Siri but with real people. Or better said, it’s like Amazon’s Mayday service, but for everything you might want to find out from a search service.

Instead of having a virtual assistant answering all sorts of questions and not getting it right all the time, Ooloo relies on good old humans to actually understand what the user wants to find out. The user simply has to pick up a phone and record any questions he or she may have, and the Ooloo team will be ready to answer them. When the answer is ready, a notification will pop on the user’s phone.

Ooloo is available for iOS and Android and lets users quickly record questions with a single tap before sending them to the Ooloo team. Things like the user’s location will be used to provide more relevant answers, and users will be able to offer feedback on the received answers.

The Ooloo service, and apps, are available free of charge for the time being, as the team behind it is focusing on growing it and the user base.

Speaking of the Ooloo team, there will initially be around 50 people answering queries around the clock, with a response time estimated to fall between a few seconds for simpler questions or up to a few minutes for more complex queries. The company will still use web searches to come up with the answers you want, only it’ll supposedly do it better than Siri, Google Now or Cortana.

Ooloo will store user data, including questions and answers, for only 24 hours. iDrive says the data gathered won’t be used in any way by the company or shared with third parties.

More answers about how the service works, its terms of service, and iOS and Android download links can be found on the Ooloo site in the source section below.