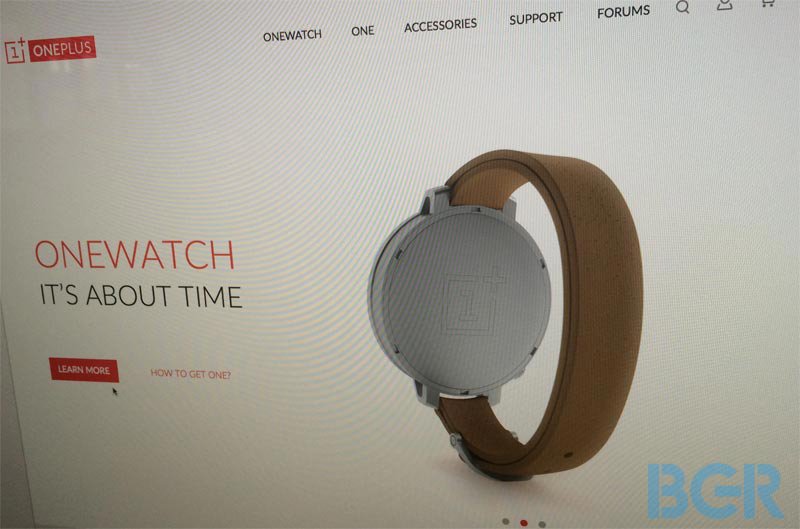 The One won’t be OnePlus’s only smart device this year, as the company is working on a smartwatch of its own. BGR India has exclusively obtained images showing the OneWatch, a device that’s apparently close to launching.

As seen in the leaked sketches, the OneWatch will be made of high-end materials, including titanium for screen borders, leather for bands, and sapphire for the OLED display’s cover, and will offer some interesting features including QI wireless charging, a circular screen just like the gorgeous Moto 360, and a curved battery. Furthermore, the watch will apparently have an user-configurable physical button on the side.

It’s not clear at this time whether the OneWatch will come with Android Wear under the hood, or whether it will pack some custom Android-based OS created by the Cyanogen team.

Considering that the OnePlus One is a very affordable high-end smartphone, the same is expected for the OneWatch. Hopefully, though, OnePlus will be able to better manage production and manufacturing issue for its wearable device than it did for the One.

While actual pricing and release dates aren’t available for the device, the image above shows that a OneWatch webpage is already up, and the device could soon be unveiled.

A second OneWatch image showing sketches for the handset follows below.