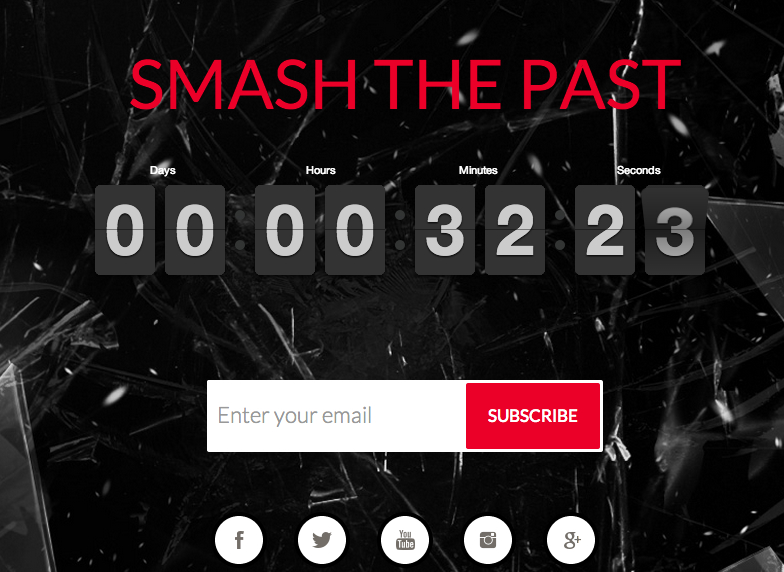 OnePlus announced its first Android handset this week, the One, but the phone won’t be available to consumers next month. However, 100 lucky winners of the company’s Smash promotion will have the opportunity to smash their old handset and receive a 16GB One Plus One handset for just $1. The company on Friday announced the official launch of the contest, saying that interested buyers can apply on the company’s special Smash page to be selected. Lucky winners will also receive three invites, which they can give to friends interested in buying the phone.

Unfortunately, some eager OnePlus One fans have already started smashing their handsets well ahead of the promotion’s start, posting videos on YouTube with their destroyed former phones. However, the contest does not work like that, and they’re not entitled to a $1 OnePlus One phone. A post on Reddit lists several videos of people destroying all sorts of handsets, including iPhone 5, Galaxy S3, HTC One (M7) and others to get the phone.

Instead, the company will first select the 100 lucky winners, who will then be required to send a video showing how they smashed their phones in order to win their prizes.

The first 100 One handsets will be sent in the first weeks of May, with invites being released later next month.

“Smash the Past” Launched to Win the First 100 OnePlus Ones

April 25, 2014 – OnePlus today launched “Smash the Past”, a contest to win one of the first 100 OnePlus Ones and the first invites to give away to friends and other OnePlus fans. Applicants may apply at oneplus.net/smash to send OnePlus a video of them smashing their current phone. 100 chosen smashers will win a 16GB OnePlus One for just $1 and three invites to give to friends.

OnePlus One – 2014 Flagship Killer
Founded by CEO Pete Lau in December 2013, OnePlus is a young, ambitious tech startup with a goal of offering the best hardware available using a disruptive business model. Committed to their fans, the OnePlus team pride themselves on being as transparent and accessible as possible, to enhance users’ daily lives with beautiful and well made technology.

Following months of anticipation, the OnePlus One was released to occupy two trending hashtags on Twitter at the same time. Embodying the OnePlus motto of ‘Never Settle’, the OnePlus One boasts industry leading design, superior build quality and top of the line specs at a disruptive price point.

Smash the Past Contest
To enter the contest, simply visit oneplus.net/smash to apply to smash your current flagship phone in exchange for a OnePlus One. 100 lucky applicants will be selected, granting them access to the very first 100 OnePlus Ones for just $1, as well as the ability to invite their friends to buy the OnePlus One as invites become available.

Once selected, the lucky applicants are expected to record a video of them smashing the phone and upload it to YouTube. In the video, they will introduce themselves, show that the phone is actually working, and be as creative as possible in the smash.

The 100 lucky applicants will receive their OnePlus One smartphones during the first weeks of May. Subsequent invites will begin rolling out later in May. Applicants must reside in one of the 16 countries in which the OnePlus One has launched and be 18 years or older to enter.

About OnePlus
OnePlus is a global technology startup committed to creating beautiful devices with the best possible hardware to ultimately create a better day to day experience for users. Developed around the mantra, ‘Never Settle’, OnePlus aims to disrupt the industry by providing top of the line technology to users around the world. For more information, please visit http://oneplus.net.