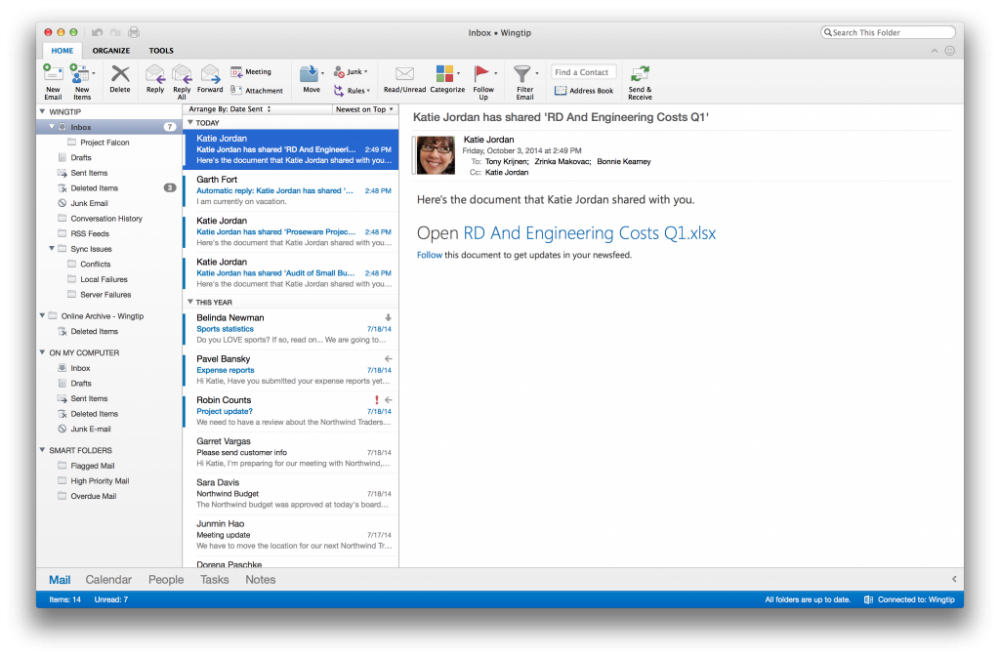 Microsoft on Friday announced that it plans to release a new version of Office for Mac next year, with a beta version to be launched in the first half of 2015 and the full release set for the second half of the year. The company also announced that Mac users can now download a new Outlook for Mac version, as long as they’re Office 365 customers.

FROM EARLIER: Leak may reveal release details for next-gen Office for Mac and Android

The company said it is focused on Office for smartphones (iPhone, Windows Phone and Android) and tablets (iPad and Windows) following the Office 365 release, but it won’t ignore Office for Mac.

“Continuing our commitment to our valued Mac customers, we are pleased to disclose the roadmap for the next version of Office for Mac—including Word for Mac, Excel for Mac, PowerPoint for Mac and OneNote for Mac,” Microsoft wrote.

Recent leaks have already shown images of Microsoft’s upcoming Office for Mac release, suggesting a launch is near.

Furthermore, the company also mentioned the main Outlook for Mac features, as listed below: