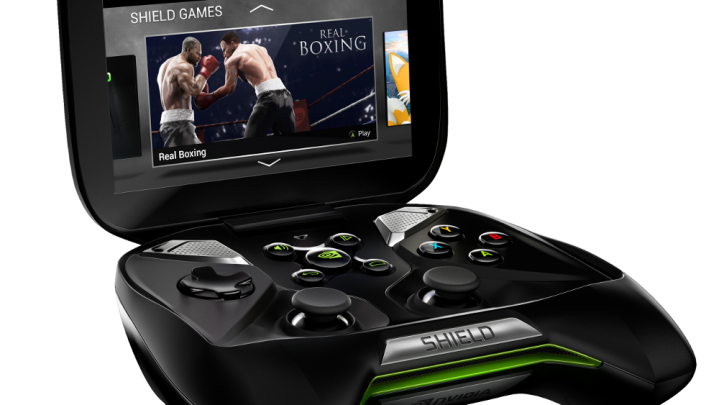 NVIDIA on Monday announced that its Shield gaming system will begin shipping by the end of the month. The company previously delayed the launch of the Android-powered device from its scheduled June release due to an unspecified mechanical issue with a third-party component. The Shield is equipped with a 5-inch 720p display attached to a controller that features dual analog joysticks, a full-sized D-Pad, left and right analog triggers and A/B/X/Y buttons. Other specs include a quad-core Tegra 4 processor, a 72-core GPU, 2GB of RAM, 16GB of internal storage, a microSD slot and Android 4.2.2 Jelly Bean. The system can also stream PC games from a computer with a GeForce GTX graphics card. The NVIDIA Shield is priced at $299 and will begin shipping on July 31st.