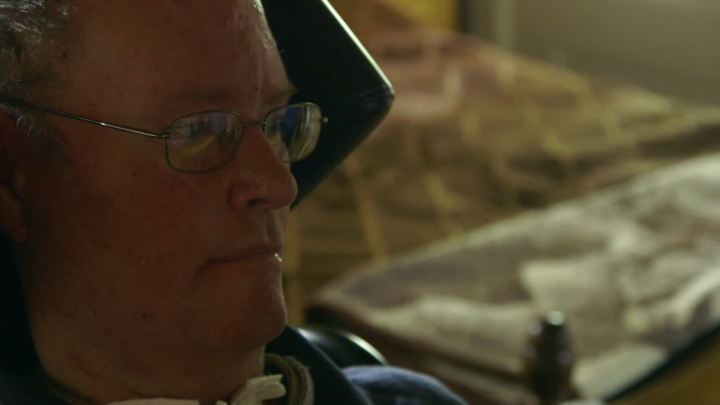 There are times when you really have to marvel at technology’s ability to make our lives better. If you’re looking for an example, check out the latest video posted by Not Impossible Labs, a self-described “community of innovators disruptively changing the story of healthcare by inventing open-source devices that impact lives globally.”

Not Impossible’s video tells the story of Don Moir, a man who was diagnosed with ALS in 1995 and who lost his ability to talk in 1999. Recently his wife Lorraine reached out to Not Impossible after hearing about the lab’s award-winning Eye Writer that was designed to let people type out words just by looking at certain letters on a display and having a scanner determine which letters they’re looking at to spell out words.

Lorraine hoped that they could use this technology to develop a system for Don to communicate through a computerized voice.

“The Not Impossible team, led by volunteer Javed Gangjee, utilized its know-how, the HP x360 Convertible PC and SpeakYourMind Foundation software to develop a simple interface that replicated Don’s paper letter board,” Not Impossible explains. “Don was now able to access a new world of technology and communication for the first time since being diagnosed.”

The first thing Don spelled out using the device was the simple message, “I love u Lorraine,” which is certainly an appropriate sentiment given how much she clearly feels the same way.

ALS is a disease that severely affects people’s motor neurons and often leaves them unable to use the majority of the muscles in their bodies. Famed physicist Stephen Hawking is the most famous person to suffer from an ALS-related condition and he’s done a lot to help raise awareness about the disease for years now.

Check out the entire heartwarming video below.