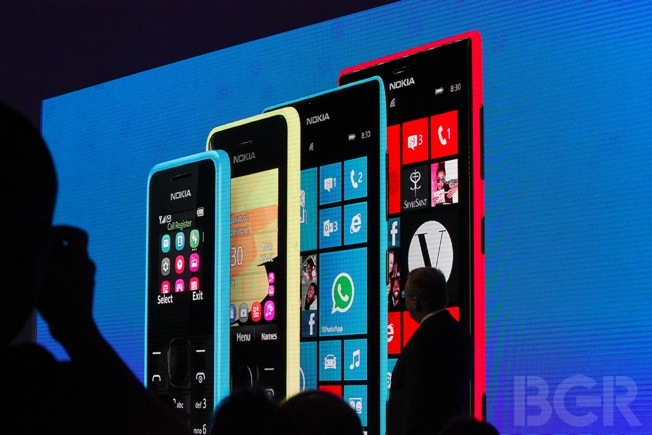 With Nokia continuing to languish, investors have understandably become frustrated with CEO Stephen Elop. As we saw earlier this week, investors implored Elop to reconsider his decision to go exclusively with Windows Phone as Nokia’s mobile platform despite the fact that it hasn’t at all helped the company boost its market share against rivals Apple and Samsung. Elop did nothing to ease investors’ fears by stubbornly asserting that his only “Plan B” was to make his Windows Phone “Plan A” succeed. If Nokia’s fortunes don’t improve markedly by the end of the year, I can imagine shareholders ousting Elop and replacing him with someone who will branch out the company’s operating system portfolio to include Android.

But while it’s easy to simply say that a switch to Android would give Nokia a boost, as AllThingsD’s John Paczkowski does, it’s very unlikely that releasing an Android-based Lumia would do much to change the company’s fortunes. The reason for this is pretty straightforward: Samsung is the only Android vendor that pulls a consistent and significant profit. The multitude of other Android vendors, from LG to HTC to Motorola, are lucky to make any money at all from the platform in a given quarter.

Now, if the HTC One does as well as HTC is hoping and helps the company’s earnings shoot upward, then I’ll have to reassess my thinking. But for the time being, it’s just very, very difficult to make money selling smartphones unless you’re one of the two biggest vendors in the world. That’s obviously a bad position to be in if you’re one of the smaller vendors and it’s not something you can admit to your investors without them tearing your head off, but it is reality.

Now, that’s not to excuse Elop entirely from blame for Nokia’s current predicament. His obsession with giving carriers exclusives of devices that limit their exposure to wider audiences seems particularly daft, especially in an era when Apple and Samsung sell the exact same devices across multiple carriers. What’s more, Nokia’s system for naming its smartphones is just bizarre — is the average person walking into a Best Buy going to know the difference between a Lumia 520, a Lumia 710, a Lumia 720, a Lumia 920 and a Lumia 928?

But none of these mistakes take away from the fact that Apple and Samsung have an iron grip on smartphone profits and that’s very unlikely to change until one or two of the smaller players exit the market all together.