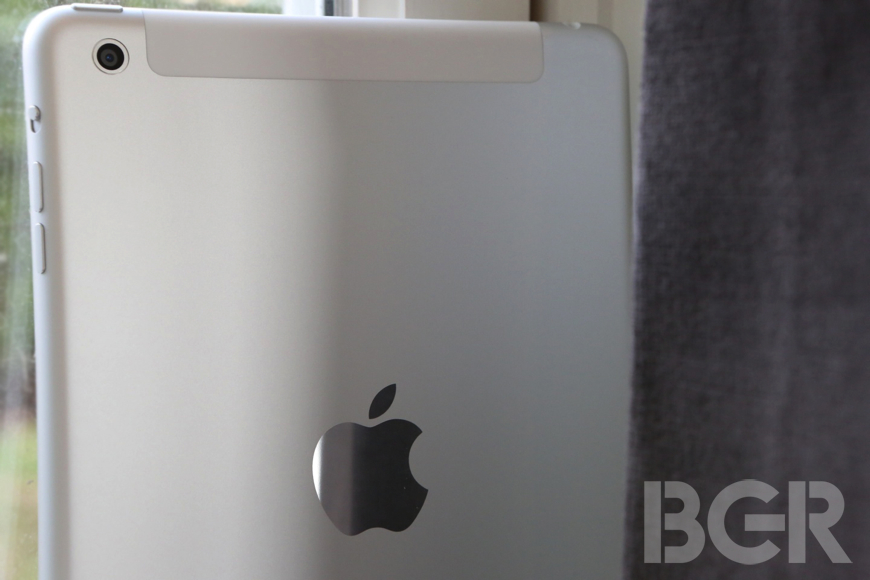 The biggest two items on Apple’s fall release schedule are going to be the iPhone 6 and the yet-to-be-seen iWatch, but we shouldn’t forget that the company’s popular tablets are due to get new models as well. MacRumors directs our attention to a new picture published at Taiwanese website Apple.club.tw that shows a mockup of the iPhone 6 sitting on top of what appears to be the next-generation iPad mini and the next-generation iPad Air. MacRumors notes that we really can’t tell very much about the new iPad mini from the leaked picture although it does seemingly show that Apple’s newest mini tablet will indeed have the Touch ID fingerprint scanning system that was first unveiled with the iPhone 5s.

Just last week we got our best look yet at the next-generation iPad Air, which will also incorporate Touch ID and will likely also release in the fall alongside the newest iPad mini. Having Touch ID on all its major devices is a big part of Apple’s overall plan to become a powerhouse in the world of mobile payments. Among other things, the company is looking to use Touch ID to better monetize the iTunes Store, which has more than 800 million accounts, most of which have registered credit cards.

The leaked picture that purportedly shows the next-generation iPad mini follows below.