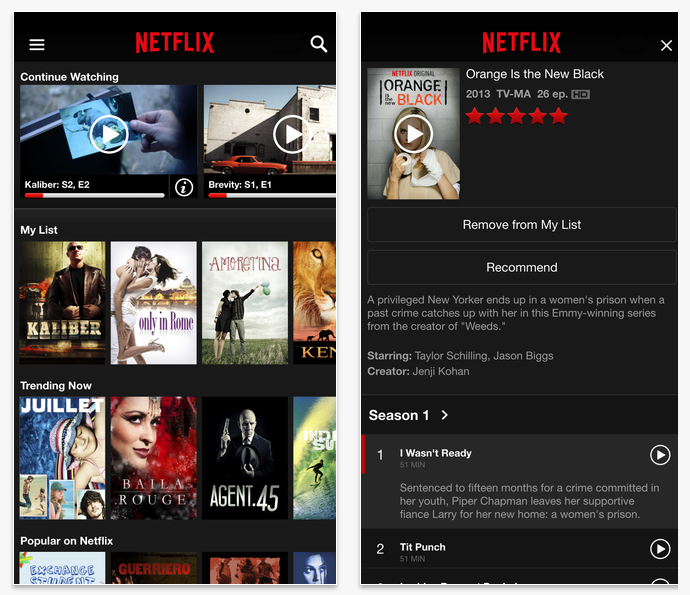 When Apple released iOS 8 two months ago, many app developers were primed and ready with an optimized update for the new mobile operating system. Netflix wasn’t one of them, but on Tuesday, the team behind the popular streaming service announced that the latest update had finally arrived. Version 7.0 of the Netflix app includes full iOS 8 support, Chromecast improvements and, most importantly, 1080p streaming on iPhone 6 Plus.

PREVIOUSLY: Big media companies suddenly seem terrified of Netflix – and they should be

“When Apple announced the iPhone 6 and iPhone 6 Plus in September, we were excited about the opportunity to extend the Netflix application to different screen sizes,” Chris Fry and Tom Richards of Netflix wrote on the company’s blog.

“We immediately began work on optimizing our user interface for the larger and higher resolution screens, and we’re happy to announce these changes are included in today’s update to our app. You’ll see more titles on screen to choose from, bigger imagery, and improved performance throughout.”

In order to stream in 1080p, you’ll need a good WiFi connection, but that’s to be expected. Unless you’re one of the lucky few mobile subscribers that still has an unlimited plan, streaming in Full HD would kill your data about as quickly as anything you could do on your phone.

If the update didn’t download automatically, check the Updates tab in the App Store on your iPhone.