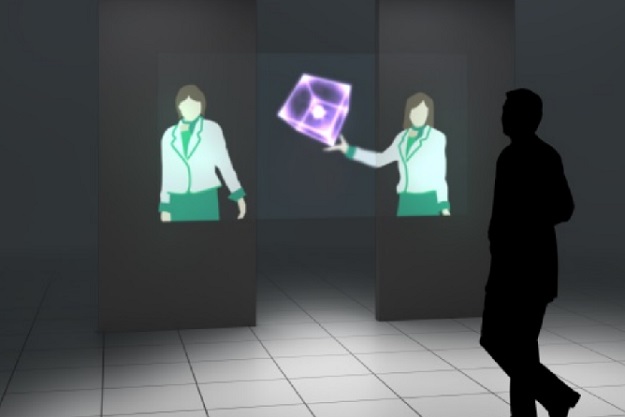 If you take a look at movies that set out to depict the state of technology in the future, one common thread seems to be an abundance of floating virtual displays. But as opposed to some futuristic technologies from Hollywood that will likely never get off the ground (we’re looking at you, hoverboards), floating virtual displays may be arriving on the scene sooner than you think.

Earlier this week, Mitsubishi issued a press release announcing that they’ve developed the requisite technology needed to make floating visual displays a reality. According to the company, the resulting image appears to float mid-air and measures about 56-inches along the diagonal. Mitsubishi believes that their invention will have a wide array of commercial applications and anticipates commercial adoption sometime in 2020.

As for the technology behind it all, the press release reads in part:

Of course, a picture is worth a thousand words is a popular adage for a reason, so the following graphic below might help explain things a bit more clearly.

Of course, to get this to work as seamlessly as the illustration above depicts, Mitsubishi engineers had to develop an optical simulation program in order to calculate the most efficient placement of the beam splitter, the screen, and the retro-reflective sheet.

Hopefully the company will release video of a working prototype sooner rather than later.