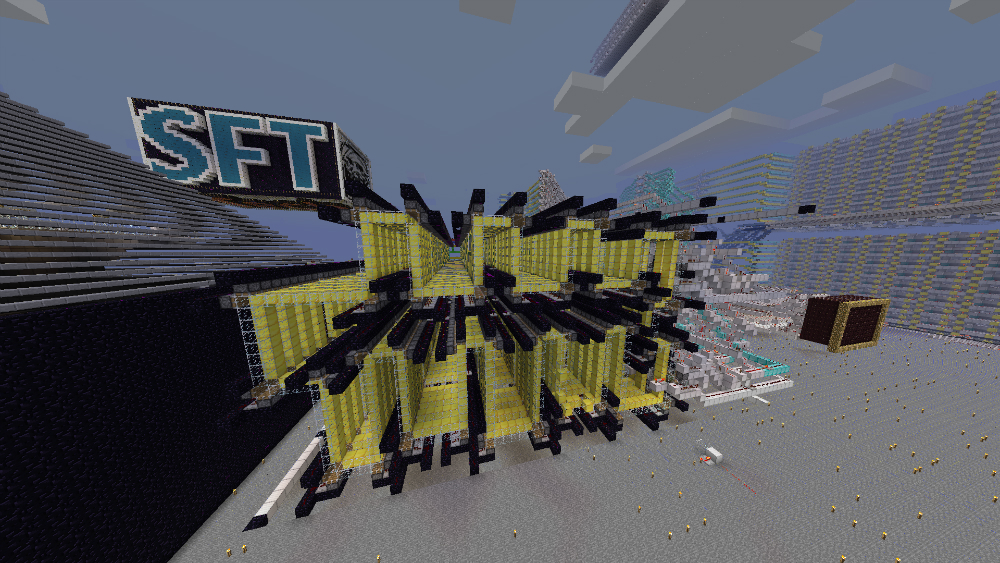 Minecraft players have taken a huge step towards building a functional computer inside the game by creating a critical computer component: A hard drive that can actually store data. In fact CNET reports that two such hard drives have already been created by two distinct players, including one that can store 1KB of data and a slightly bigger one that can store 4KB of data.

Sure, these virtual contraptions can’t match the capacity of actual hard drive – or at least not until someone finds the time to create such huge Minecraft creations – but they prove that the same logic that applies in real life can be used in a popular virtual world to create computers.

For power, which is required for any computer to function, Minecraft users rely on the in-game Redstone that can be then used to power circuits such as the ones found in a hard drive.

The real problem is storing any kind of data inside Minecraft, once a large enough hard drive is built, but CNET speculates that in theory it could be done as long as there’s a way of converting any data file into binary code inside the game.

“Data can be anything. It could be some text or a picture. You could, in theory, store the schematics for something. Internally, Minecraft stores the contents of your inventory with a little bit of data,” Reddit user smellystring, a PhD student in computer science who created the 1KB drive, said. “Any time you download a file from the Internet, you probably notice that there is a size in kilobytes or megabytes or gigabytes. This is data. Chose any file from the internet, as long as it is 1KB or smaller, and you could store it on this hard drive.”

Detailed images showing these Minecraft hard drive designs are available at the source links below.