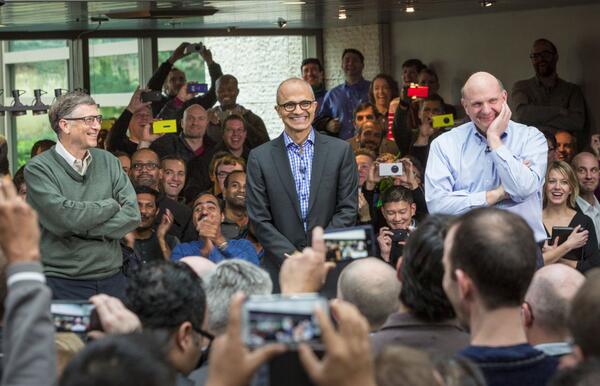 Google’s Android platform has basically become to smartphones what Windows has long been for desktop computers and laptops — that is, it’s the dominant player in terms of raw market share. Microsoft is obviously not happy that it missed the boat on the smartphone revolution but it may have come up with an ingenious way to undermine Google’s control over Android.

RELATED: This man wants to be Google’s new worst nightmare

The Wall Street Journal reports that Microsoft plans to be “a minority investor in a roughly $70 million round of equity financing that values Cyanogen in the high hundreds of millions.”

Why is this important, you ask? Because Cyanogen CEO Kirt McMaster has openly declared that his company’s goal is to end Google’s control over Android and make it a truly open-source mobile platform that many have long hoped for.

“We’re attempting to take Android away from Google,” McMasters last week. “We’re making a version of Android that is more open so we can integrate with more partners so their servicers can be tier one services, so startups working on [artificial intelligence] or other problems don’t get stuck having you have to launch a stupid little application that inevitably gets acquired by Google or Apple. These companies can thrive on non-Google Android.”

These struck us as very bold words and we were a little surprised that McMasters was this confident in his company’s ability to take away one of Google’s prized possessions. But now that we know Microsoft is involved and looking for a piece of the action, his confidence in Cyanogen as a Google-disrupting game changer makes more sense.

For those who don’t know, Google over the years has taken steps to assert more control over Android, despite the fact that it’s long touted the platform as open source.

It boils down to this: While the bare bones of Android are open source, a major component of the platform is the Google Mobile Services (GMS) code that isn’t open source and thus can’t be forked. Basically, Android without GMS means you don’t have access to the Google Play mobile app store and to assorted key Google apps such as Maps, Gmail and Google Now.

Cyanogen is working on a way to make Android a competitive platform without Google’s input. The OnePlus One smartphone is the most high-profile Android device to release with CyanogenMod installed so far and we’re sure to see plenty more in the coming years now that Microsoft is helping out.