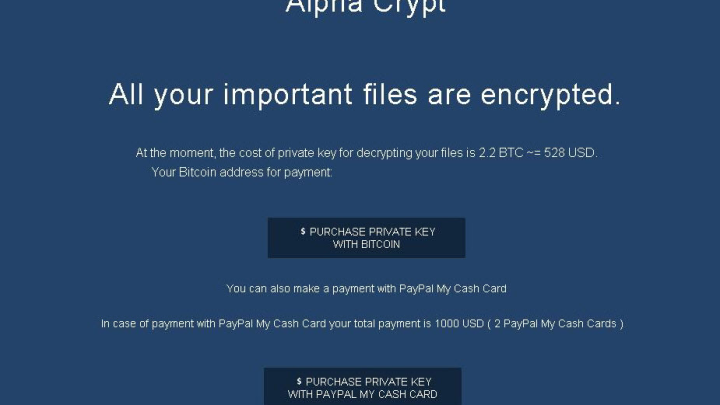 TeslaCrypt doesn’t mean anything to many PC users, but there are thousands of people who have somehow contracted this infectious malware program that imprisons personal files on a computer until a monetary reward is paid. There already are tools that can deal with certain versions of this dangerous ransomware program, but Microsoft decided to step in, creating its own rescue tool.

The tool was included in the Patch Tuesday update this week. The company created the malware-removal instrument in response to a spike in malware installations detected in August. As ZDNet reports, TeslaCrypt infections grew from below 1,000 per day in late August to over 3,500 on August 25. Since then, the number of detections spiked and fell but remained higher than before that first peak, the company noted.

TeslaCrypt was first spotted in early 2015 when it started locking down computers with AES 256 encryption and demanding payment in Bitcoin in exchange for a key to unlock the files. The ransomware locked certain file types that affected gamers and also financial and tax software. As seen in the top image, the malware demanded rewards in the range of hundreds of dollars, depending on the Bitcoin-to-dollar ratio. Computers all over the world were and still are being affected by the attack.

In addition to Microsoft’s new malware removal tool, there are similar resources available from Cisco’s Talos Group, as well as a free private rescue kit. More details about Microsoft’s security tool are available at the source link.