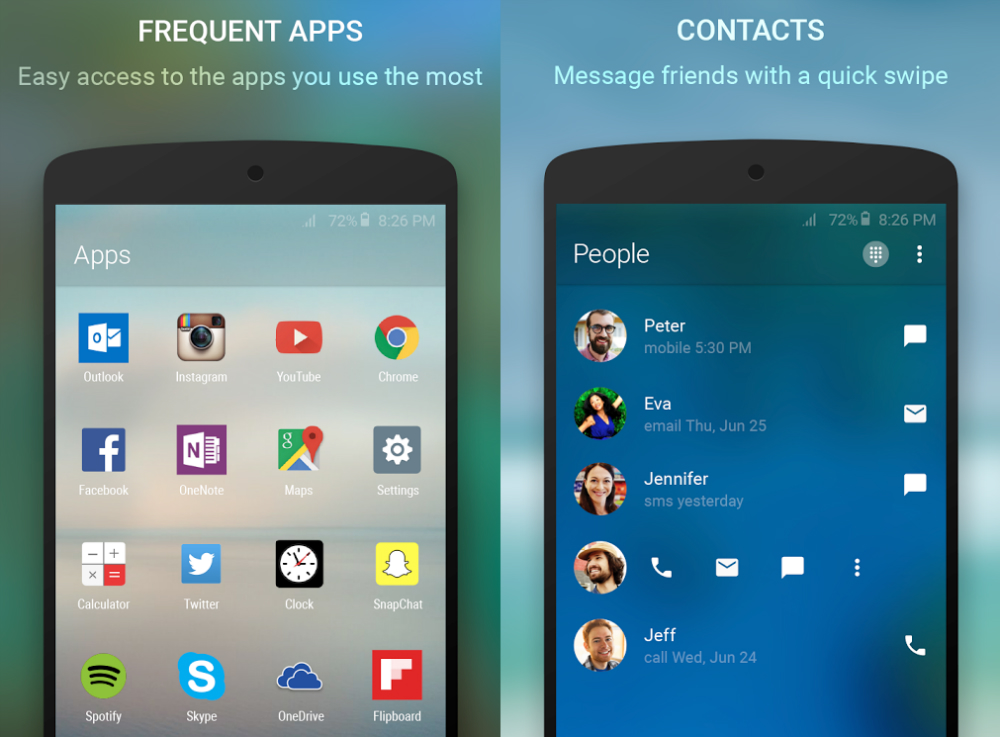 Microsoft can’t beat Google and Android in the mobile game when it comes to market share or hardware sales, but it’s relentlessly developing software solutions – and purchasing interesting apps – that will give it a major presence in the mobile world. Such is the case with a new Android launcher that’s available to download from the Google Play store.

First seen in beta in late July, the Arrow launcher is available for anyone to download free of charge. As Microsoft explains it, Arrow is supposed to offer instant access to the apps you use most, but also to your favorite contacts, pressing reminders and recent relevant items (photos, file downloads, app installs, dropped calls, and others), and most important settings.

“Arrow makes it easy to find, launch and get back to your favorite apps, keep in touch with friends, and stay on top of the important things in your life. Arrow learns from you – the more you use it, the better it gets,” the company says. “It does the heavy lifting so you can spend less time managing preferences, and more time enjoying your phone.”

Arrows wants to give you quick access to your most used features and in doing so it might remind users of iOS 9 similar features. Furthermore, there’s a quick settings panel that you can activate by swiping up from the bottom of the phone. The menu is an extension of the app dock where you’d place your favorite apps, but it does resemble to Apple’s Control Center in iOS, including quick toggles for airplane mode, Wi-Fi, Bluetooth, flashlight and screen orientation lock. A shortcut to the phone’s settings is also present.

Just like with any launcher, Microsoft’s Arrow will let you further customize your phone with page management, widgets, and third-party icon pack support. The launcher also comes with Bing custom wallpapers that can change every day and are supposed to be light on battery usage and optimized for speed.

Technically, the project comes from the Microsoft Garage Project, the same team that made the Next Lock Screen for Android.