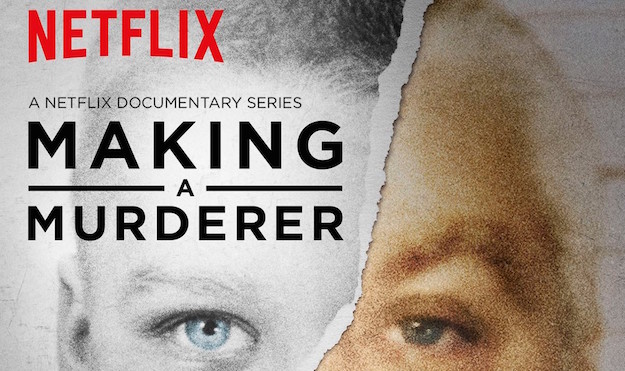 Making a Murderer is the most riveting, chilling, and addictive program Netflix has ever released. If you haven’t yet seen it, set aside some time and immerse yourself in an incredibly well-done and, above all else, thought-provoking true-crime thriller.

Presented as a 10-part documentary, the program debuted on Netflix in late December and centers on the real life trials and tribulations of Steven Avery, a Wisconsin man from Manitowoc County who spent 18 years in prison for a rape that he didn’t commit.

The first episode of the series largely focuses on this portion of Avery’s life, specifically detailing how the police in Maintowoc County were so laser focused on convicting Avery that they actively ignored all evidence to the contrary. In 2003, 18 years after his initial conviction, Avery was exonerated when DNA evidence conclusively proved that he wasn’t the culprit.

A happy ending to a sordid tale, right?

Sadly, the period following Avery’s joyous reunion with his family and his re-acclimation to society is where the show truly begins to pick up steam.

Fast forward to 2005 and Avery is charged yet again, this time for the rape and murder of Teresa Halbach, a photographer who showed up at the Avery family junkyard to take photos of a car. At the outset, the evidence against Avery appears overwhelming: Halbach’s car and body parts were found on the Avery junkyard; Avery was reportedly the last person to see Halbach alive; Avery’s blood was found in Halbach’s car; Hallbach’s keys were found in Avery’s.

Not only that, but Avery’s nephew, a then 16-year old named Brendan Dassey, even confessed to authorities that he helped Avery carry out the crime and dispose of the body.

While this ostensibly seems like an open and shut case, the investigation itself was tainted with a disturbing number of unethical and questionable actions from lawyers, law enforcement officials, and even lab technicians. Suffice it to say, by the end of the series you’ll be questioning almost everything you thought you knew about the State’s case against both Avery and Dassey.

If you’re looking for a new show to watch, I can’t stress how riveting ‘Making a Murderer’ truly is. Not only is this the most addicting Netflix show I’ve ever seen, but Forbes makes the case that it’s the most important. Not only has the show generated a rabbit hole of debate and speculation, it’s also sparked serious and important conversations about systemic flaws in the justice system and the mechanisms which allow those flaws to persist unabated.

The justice system can be unfair and unforgiving, and no matter what you may think of Avery’s guilt or innocence, the documentary really showcases the extent to which those charged with protecting the public can lack a moral compass.

As for the show’s far-reaching cultural impact, Forbes notes:

I have never seen a show consume the pop culture conversation like this outside of when programs like The Walking Dead and Game of Thrones kill off a major character. Everyone on my Facebook and Twitter is talking about it (two very, very different groups), and all my friends have seen it as well. My wife and I spent about two hours of a three hour dinner party with our friends last night talking not about their newly announced baby, but about Making a Murderer, and just how enraged the show has made us.

And we’re not alone.

Since the program first hit Netflix (it was originally pitched to HBO), the Steve Avery story has become a phenomenon, with no shortage of Internet sleuths concocting new crime theories and chiming in on what they think happened. Like any compelling program, I can guarantee that Making a Murderer will elicit strong opinions from any and all viewers who make a point to watch the entire series.

If you’re at all curious, Netflix made the first episode of the show available for free via YouTube.