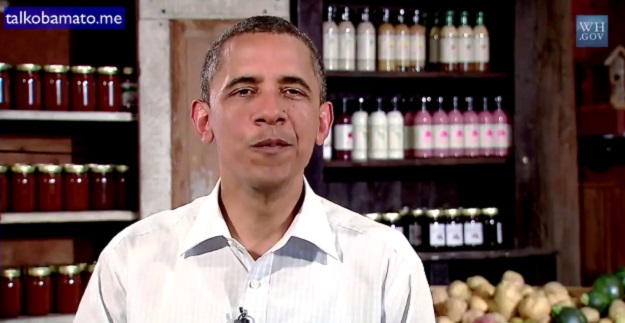 You know those viral videos where some clever and exhaustive editing makes it seem as if Brian Williams is sort of singing along to Warren G’s song Regulate or that Barack Obama is casually performing Uptown Funk? Well, a new website lets users create similar videos on their own, albeit without the accompanying music.

If you haven’t yet heard of the website Talk Obama To Me, do yourself a favor and check it out immediately. The premise of the site is simple and the resulting fun is endless; simply type in a phrase of your choosing and the site will scour a vast database of Obama video footage whereupon it will splice together clips such that Obama will appear to utter your chosen phrase.

You can definitely have a lot of fun with this, as evidenced by Engadget having Obama cite the Night’s Watch pledge from Game of Thrones.

While the site works for the most part, it can be a bit temperamental at times – sometimes the site seems overwhelmed by traffic and other times it can’t seem to match a video to a desired phrase. But that’s just a small price to pay to have a bit of fun with such a clever idea implemented so seamlessly.

As pointed out by Gizmodo, the mastermind behind this great idea and site is Ed King, a Linguistics PhD student at Stanford.