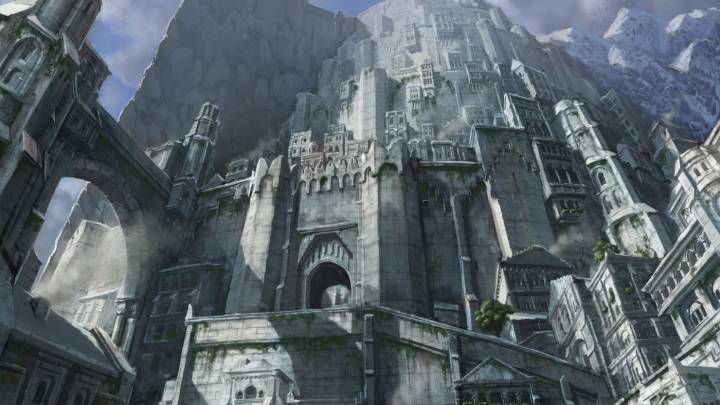 This is an IndieGoGo project that’s so awesome, we just have to hope it’s not a scam. A team of architects in the U.K. led by a man named Jonathan Wilson has started an IndieGoGo campaign to raise £1.85 billion (USD$2.89 billion) to build Minas Tirith, the beautiful city that was built into a mountainside in The Lord of the Rings films.

DON’T MISS: Life hack: How to get Chipotle to nearly double your burrito size without paying extra

“We are an ambitious team of architects and structural engineers who are passionate about creating a beautiful, inspirational and fully-functioning replica of Peter Jackson’s depiction of Minas Tirith, as seen in his Lord of the Rings films,” Wilson explains on his IndieGoGo page. “We believe that, in realizing Minas Tirith, we can create not only the most remarkable tourist attraction on the planet, but also a wonderfully unique place to live and work.”

You read that correctly: Wilson and his team actually plan on making Minas Tirith a place with both commercial and residential real estate and they “only” need just under $3 billion to get the job done. Wilson doesn’t say exactly where this magnificent city will be located but he does say they’re scouting out two different locations in southern England. Work on the project will start next year with the goal of finishing it by 2023.

As of this writing, the project has raised over £20,000 with 48 days to go. Wilson says that all money will be returned to backers if the project’s goal isn’t reached, which is a distinct possibility. After all, $2.9 billion is a lot of money to raise for a project that sounds like an insanely ambitious undertaking.

Read more about the quest to build Minas Tirith by clicking here.

Tags: Indiegogo Lord of the Rings