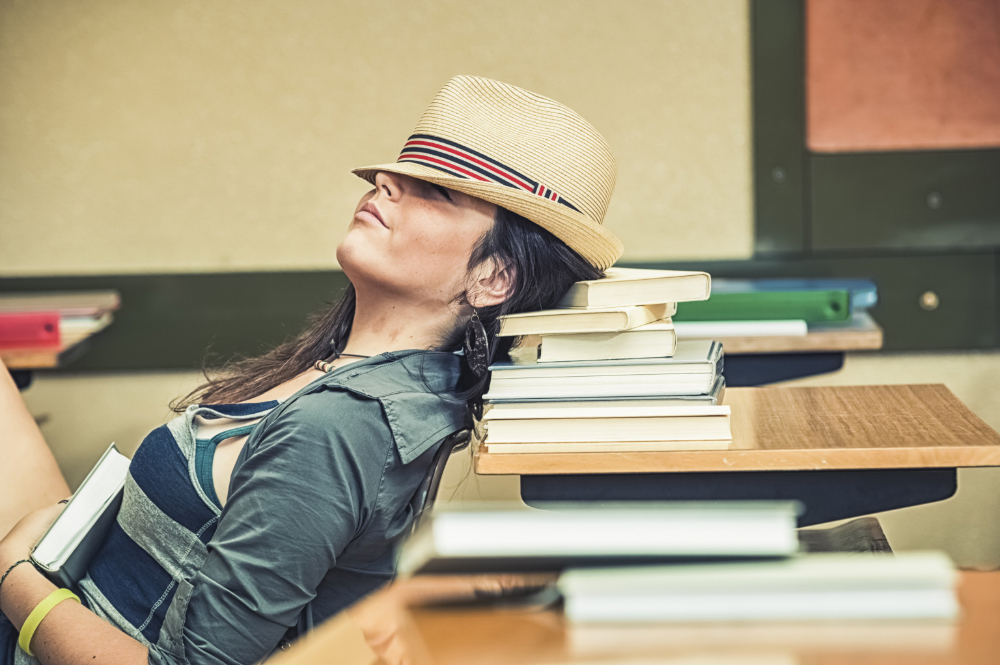 Let’s face it, there are days when we don’t feel like doing anything for ourselves, let alone for others. Most of us are lazy to a certain degree, but others have taken things to the next level, coming up with all sorts of quick tricks and life hacks to help with their short-term or long-term laziness.

A thread on Quora asking “What are some smart things that lazy people do?” has received plenty of responses that detail some of the practices that help you get really lazy. Here are some of their best ideas.

“Look, I hate doing my pushups, because I’m lazy as f*ck,” Sebastien Defrance wrote. “I also spend a lot of time on Heroes of the Storm, a video game. Now, between each ~15min games, I use my score to inflict some pushups to myself! When I score a kill, it’s one pushup, and when I die, it’s five pushups. In two months, I’ve transformed my lazy spaghetti-arms into decent biceps, AND I’m better at the game because I still don’t want to do the pushups. It’s an example, but you get the idea.”

Think of the big picture

Joe McCracken reveals that actually working hard and becoming your own boss will bring laziness in the long run. Rather than figuring out quick ways to cheat life, you’d better work on the important things in life when you’re young, so you can be lazy later.

“Ironically, the laziest people often end up with the hardest lives and work the longest. This occurs because they are not thinking of the big picture,” he said.

“If you wish to ascend to the pinnacle of laziness, you need to be smart about it. Work out a solution for life, not just the next hour or this weekend. Build your nest when you are young. It won’t get any easier than now!”

A story on Reddit quoted on the Quora thread tells an amazing tale about a lazy Operations Officer on a military ship who was having breakfast one morning, “half asleep, bleary eyed… basically a zombie with a bagel.”

“My back is to the outboard side of the ship, and the morning sun is blazing in one of the portholes putting a big bright-ass circle of light right on his barely conscious face,” the story goes. “He’s squinting and chewing and basically just remembering how to be alive for today. It’s painful to watch.”

“But then zombie-OPS stops chewing, slowly picks up the phone, and dials the bridge. In his well-known I’m-still-totally-asleep voice, he says ‘Heeeey. It’s OPS. Could you… shift our barpat… yeah, one six five. Thanks.; And puts the phone down. And then he just sits there. Squinting. Waiting.”

“And then, ever so slowly, I realize that that big blazing spot of sun has begun to slide off the zombie’s face and onto the wall behind him. After a moment, it clears his face, and he blinks slowly a few times and the brilliant beauty of what I’ve just witnessed begins to overwhelm me,” the story says.

“He’s literally just redirected thousands of tons of steel and hundreds of people so that he could get the sun out of his eyes while he eats his bagel. I am in awe.”

Or you know, in whatever rocks your boat. Because Tiago Guitián Dos Reis says that while investing isn’t an easy job, investors are basically people who are too lazy to do the work, so they just become stockholders.

“Every investor wants to make money without the need to handle bureaucracy, negotiate with suppliers or even knowing employees name. Is that laziness?” he asks.

“For example, if I buy Apple shares I don’t need to work hard to build the next iPhone. Instead of working as a slave in a Chinese factory, I prefer to profit as a shareholder while I am at the beach. Maybe drinking a margarita. “

Control your emotions and read

“Be nice. It’s easier than some people make it look. Everyone has their own problems and being nice to someone usually means you’ll have a much easier time dealing with them in the future,” one Quora user says, in addition to providing some tips for maximizing productivity and dealing with home-related chores.

“Don’t get emotional (e.g. angry or upset) when things aren’t going your way. This is important. Hold your breath for a second, get a grip, remember what’s important, focus on your options, but don’t react angrily. This almost always limits your options and increases the effort to get what you want in the long run.”

“You can do this lying down, so it’s really very little effort (at all). My eyes get tired sometimes, so I shut them for a bit. The possible future options provided by the information uploaded to your brain is invaluable considering the effort required to attain it. Even if it just helping you with your grammar or spelling, people respect that shit. It opens doors.”

Speaking about reading, the full Quora thread is available at this link, so check it out, as I’m too lazy to read it to you in its entirety.