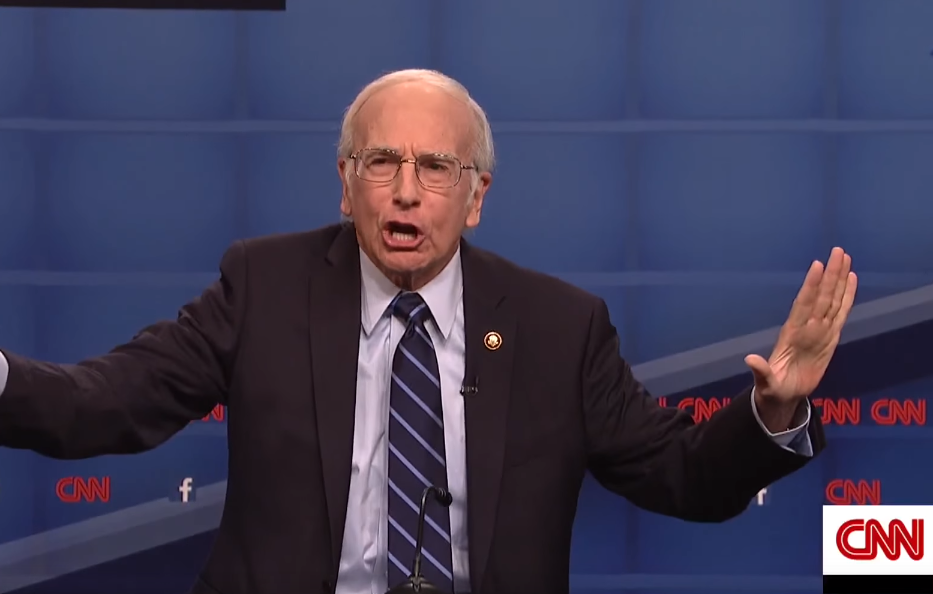 Saturday Night Live went all out this weekend when it came to casting its parody of the first Democratic presidential debate. Not only did it bring on Alec Baldwin to play former senator Jim Webb, but it also got Larry David to come on and deliver an absolutely hilarious impersonation of Vermont senator Bernie Sanders. And David wasted no time “dialing it up to a 10” with his opening statement.

David also couldn’t resist the urge to inject some classic Seinfeld-style quips into the debate either, such as when he asked “What’s the deal with emails, anyway?” because he forgot his password and was confused about why his email provider said they’d email him a new password when the major issue was that he can’t access his email in the first place.

The highlight, however, came when David/Sanders explained why he’s the only true political outsider in the race.

“I own one pair of underwear, that’s it!” he said. “Some of these billionaires, they got three, four pairs! I don’t have a drier, I have to put my clothes on the radiator! So who do you want as president? One of these Washington insiders? Or a guy who has one pair of clean underwear that he dries on a radiator?”

Watch the whole routine below.